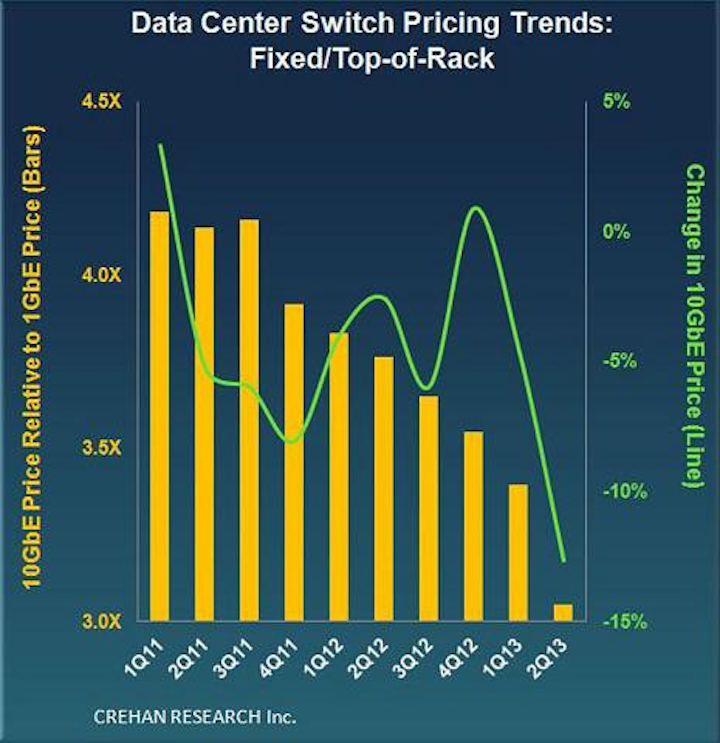 According to the report, 10-GbE pricing within the fixed/top-of-rack switch segment -- which accounts for a majority of overall data center switch shipments -- is now almost at three times that of 1-GbE.

Last month, Crehan reported that 10-GbE adoption within servers also returned to strong growth in the second quarter of 2013, with shipments and revenues posting double-digit increases.

In line with a strong quarter for data center networking investment, Fibre Channel Switching also enjoyed a sequential increase, albeit much more modest than that of the data center Ethernet switch market, finds the new report. Notably, Cisco had a particularly strong quarter, with its recently introduced flagship MDS 9700 Director switch driving close to a 40% increase in its overall Fibre Channel switch revenues.