The multiple benefits of torque-free drilling 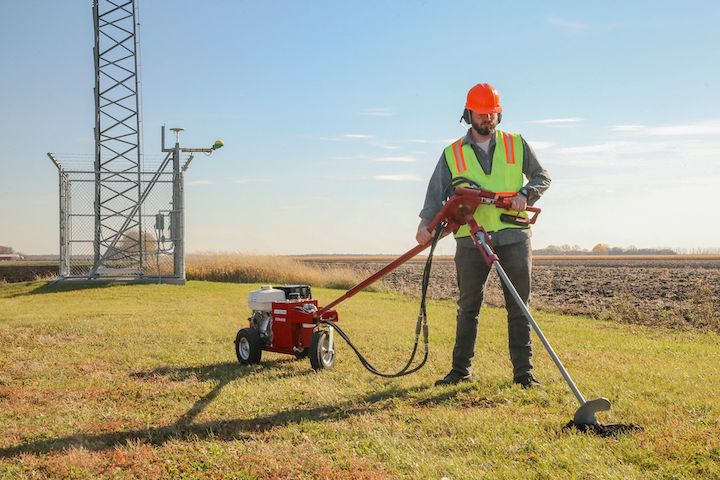 The hydraulic earth drill and anchoring kit allowed the utility company to double their productivity and finish jobs twice as quickly.

It happens to all of us. We purchase a new tool, appliance or machine to solve a specific problem, only to discover an additional, equally valuable benefit. Maybe it’s an appliance purchased for higher capacity that ends up being far more efficient than the unit it’s replacing. Maybe it’s a new ladder selected for safety that also happens to be far easier to carry and maneuver compared to the rickety old ladder it replaced.

Whatever it may be, it’s a pleasant surprise when a purchase outperforms expectations and provides benefits we did not anticipate. This is precisely the position in which a large telecommunications company landed after replacing an injury-causing tool its crews used for placing utility anchors.

The company has long held employee safety a top priority. And for good reason. It has high-risk positions such as linemen, electricians and heavy-equipment operators on its payroll. The anchor crew members, however—a seemingly low-risk group of employees considering they don’t’ work high above the ground or in close proximity to high-voltage cables—still managed to stumble into the company’s safety spotlight.

The anchoring crews spend their days installing 4-foot anchors to secure the cables supporting utility poles. Despite staying grounded, members of these crews had a tendency to incur injuries at an alarming rate. The culprit was their anchor-driving tool. The crews primarily relied on high-speed, handheld drills known as anchor crankers, which feature two large handles and a high-speed rotary, and required two individuals to safely operate.

According to an anchoring crew leader with the company, the anchor crankers are simply dangerous and resulted in injuries, workers’ compensation claims, and missed time from work.

The tool resembles a chainsaw engine with large handles and an aggressive rotary. Due to the machine’s torque and high RPM, if one operator happens to lose their grip, the other operator is typically unable to maintain control. This occurs most frequently when the anchor hits an underground object or gets deep into the ground and requires additional torque.

In the event that both operators do let go, the machine’s torque instantly transfers from driving the anchor into the ground to aggressively spinning the handles above ground. Too often, the free-spinning metal handles will strike an operator, resulting in leg and other lower-body injuries.

In search of a safe solution, the company’s safety specialist found a drill capable of protecting operators from harmful drilling torque. The drill’s manufacturer, Little Beaver Inc., developed a torque tube, which at one end connects to the handles and at the other end connects to the hydraulic power source. If the auger strikes an object or requires additional torque to power through tough soil, the tube transfers kickback to the power unit, bypassing the operator and nearly eliminating the risk of strain or serious injury.

For the utility company, the steel tube provided the solution for which they had been searching.

As the anchoring crews set out with their new hydraulic earth drills, they found that the torque tube—while excellent for transferring torque—restricted where they could place anchors. 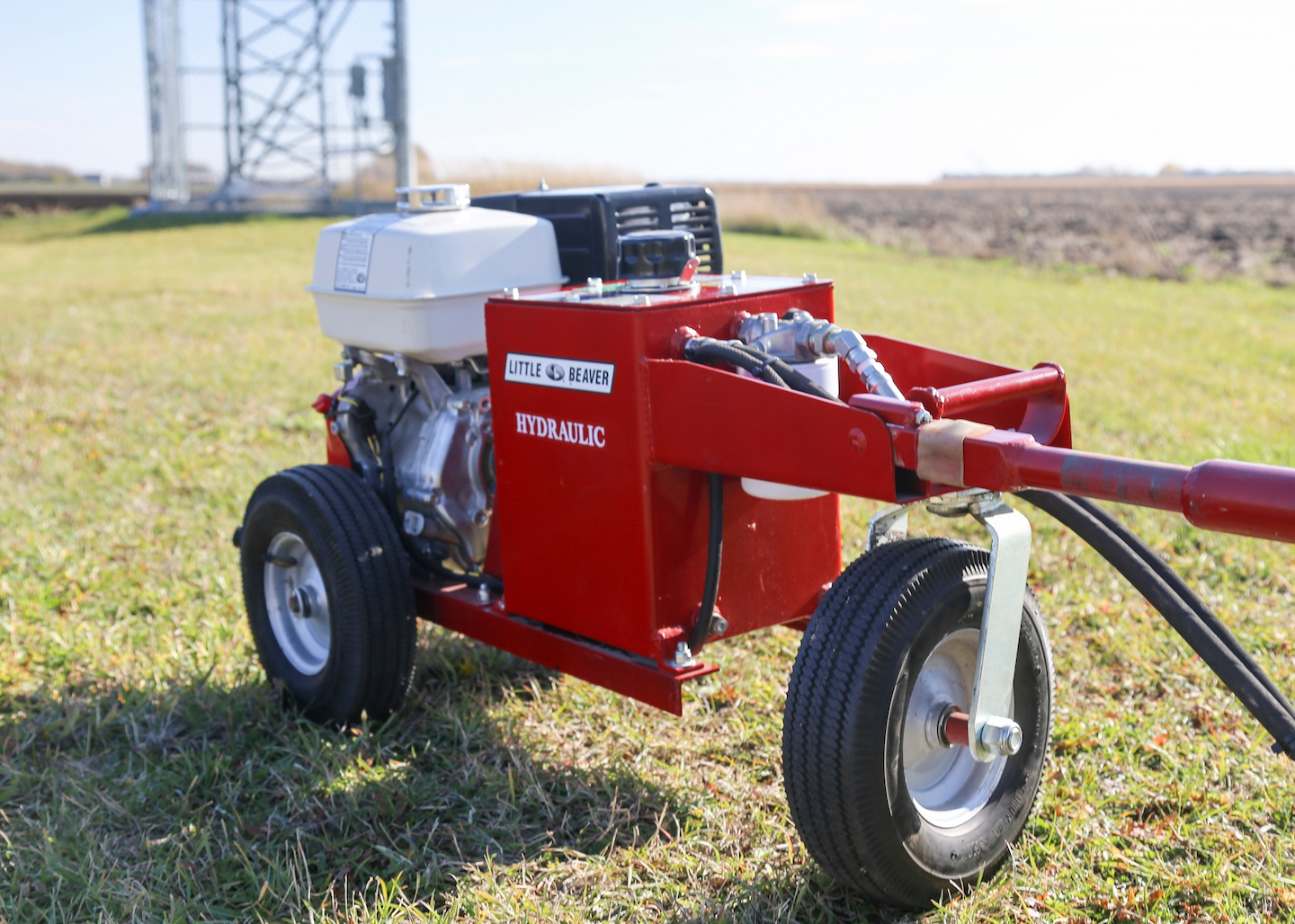 The company reached out to Little Beaver in hopes of finding a solution. The manufacturer created adjustable-length torque tubes, which enable operators to adjust the placement of the power unit to accommodate the ideal anchor location. The solution proved successful and the company soon ordered the drills for each of its crews.

Like any company, however—even those with worker safety top of mind—efficiency and return on investment remain high priorities.

The more time the crews spent using the drills, the more it became evident that torque-free drilling was not only the benefit. The drills also drive anchors quickly.

“It literally takes seconds to drive an anchor into place,” said Hale. “Anchor crankers are fast too, but if the anchor gets wedged under a root or buried object, the only way to remove it is to twist it out by hand.”

Manually dislodging an anchor, depending on its depth, can take as long as 45 minutes. Hydraulic drills, on the other hand, are equipped with reverse. So if an anchor gets stuck it can be backed out in seconds.

The hydraulic drills are not only more efficient than anchor crankers, according to crew members, they are also a hands-down better alternative than the method used by many competitors—installing anchors by hand.

While the injuries associated with anchor crankers have forced most contractors to quit using them, some did not seek alternative drills and instead began placing anchors by hand.

“Setting a single anchor by hand can take as long as 10 minutes, and after adding the time it takes to drive between locations, those crews sometimes only average about an anchor per hour,” said Hale.

Using hydraulic rigs, crews can easily work at double that rate, even on a bad day. And, when factoring in the time it takes to dislodge the occasional anchor, crews are two to three times more efficient than their counterparts driving anchors by hand.

Since switching from anchor crankers to Little Beaver hydraulic drills, the company has reduced the number of worker injuries—once a common occurrence—to near zero and also experienced quick return on investment thanks to the drill’s overall efficiency.

Considering the machines were purchased to protect workers from injuries, increasing efficiency and watching them pay for themselves is simply a bonus.

Jenessa McAllister is a writer in the telecommunications construction industry. She wrote this article on behalf of Little Beaver Inc.