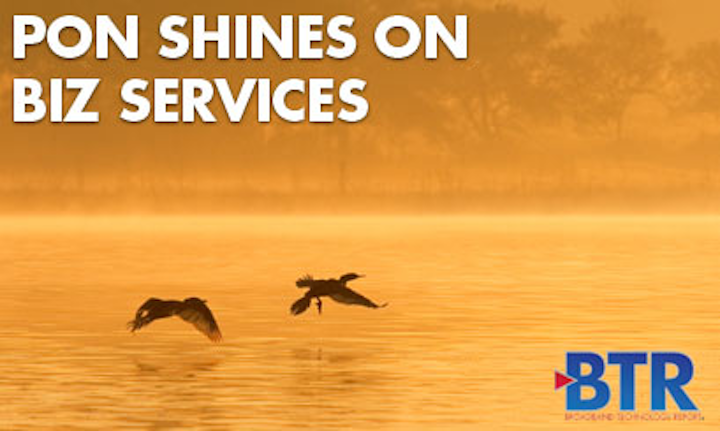 The two companies have successfully demonstrated the jointly developed optical access system featuring the WDM/TDM-PON technology in ultra-large capacity transmission at 40Gbit/s over a 40km distance servicing 1024 users. In other words, this new optical access system enables a transmission capacity of 40 times that of the existing system while accommodating 32 times more users.

This research and development project was contracted to NTT and OKI by the Ministry of Internal Affairs and Communications under a research contract titled “Research and development of wide area optical access networks.” Research and development in the field of next generation optical access network systems has been tasked with a major objective of achieving an enhanced transmission capacity in order to handle ever-increasing traffic of broadband services users. Another important objective of R&D has been to achieve a longer transmission distance and increase the number of users supported per system. This will make possible efficient operation and lower power consumption of a network as a whole as a result of overall reduction of the number of central offices as well as the number of system equipment located in such central offices. Thus, further technological innovation, innovation that pushes the envelope of the conventional time division multiplexing (TDM-) PON technology, is necessary to allow for a larger transmission capacity, wider coverage and an increased per system number of users.

In a WDM/TDM-PON, each Optical Network Unit (ONU) on the customer premises communicates at one of four pre-determined wavelengths. Using different ONUs for each of these wavelengths would increase management cost and the risk of improper connection. A solution is to equip the ONU with an optical transceiver capable of tuning to different wavelengths (i.e. colorless). Two types of wavelength-tunable burst-mode optical transceiver have been developed in this project.

Achieving a 40km transmission distance and a split ratio of 1-to-1024 over a WDM/TDM-PON requires an optical amplification technology that can economically amplify wavelength multiplexed upstream burst signals. Also important is to equalize the signal output power level for upstream bursts and to expand the input dynamic range. In this project we adopted Semiconductor Optical Amplifiers (SOAs) as a gain medium for the purpose of compactifying and economizing our system equipment. We also developed an Automatic gain control (AGC) technology that enables high-speed control over SOA gain for further economization through part number reduction.

The maximum bandwidth per a wavelength of this WDM/TDM-PON system is 10Gbps (10Gbps*4 wavelengths = 40Gbps). Frame losses can occur when the aggregated traffic of the ONUs communicating at the same wavelength exceeds 10Gbps. In order to address this issue, a wavelength tuning protocol has been developed that allows for the switching of the ONU's wavelength to any one of the other three wavelengths at which there is less traffic. The tuning can be performed during system operation and while tuning, transmission of frames is suspended and frames are buffered at both carrier's central office equipment (Optical Line Terminal; OLT) and the ONU. Upon a successful completion of wavelength tuning, transmission of buffered frames will resume thereby preventing any frame loss across the tuning process.

NTT labs. and OKI conducted a world’s first field demonstration with OLTs and ONUs implementing the aforementioned newly developed technology and optical amplifiers. The field demonstration took place in Sapporo, Hokkaido, connecting multiple NTT East buildings with optical fiber cables and using a testbed of a wide-area subscriber optical network over a 40km transmission distance and with the split ratio of 1-to-1024. The demonstration successfully showed for the first time that with the system’s favorable transmission characteristics of the total upstream and downstream bandwidth of 40Gbps and capability to switch wavelengths without frame losses, the OLT can save energy consumption by reducing the number of working wavelengths when the total traffic volume becomes low.

The accomplishments made by this project will be presented to and adopted by the ITU-T G.989 (commonly known as NG-PON2) standardization committee.

NTT lab and OKI will work to enhance the reliability of the “WDM/TDM-PON technology” and miniaturize the system equipment. The two companies will also share and appeal the accomplishments we have made to collaborate with organizations in and outside Japan.