Use caution when working with fiber

Cabling installation professionals face safety hazards when working with both copper and fiber-optic cables, but if you ask them which cable provokes more cautious handling, they are likely to say copper because of the electricity it carries. Since optical fiber carries light, it is assumed to be the safer medium. This belief may be misplaced, however. While optical fiber doesn`t carry electricity, it does transmit light, which, in some instances, can damage the eye. The glass fiber itself also 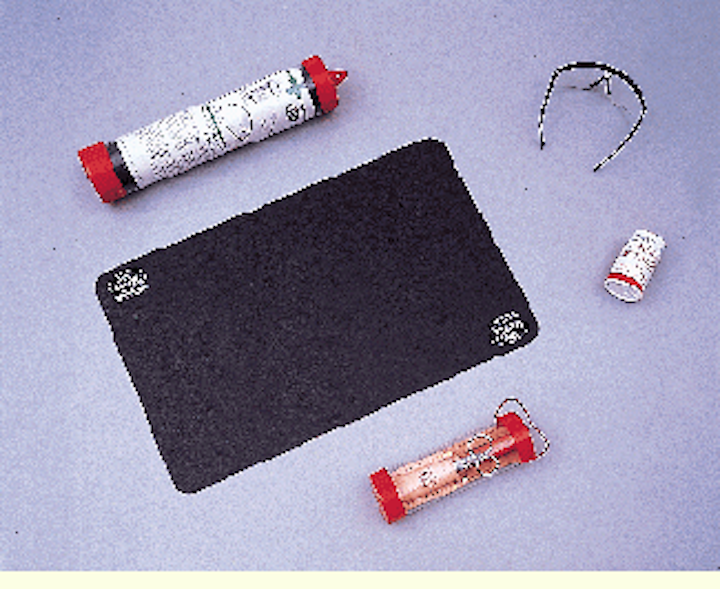 Cabling installation professionals face safety hazards when working with both copper and fiber-optic cables, but if you ask them which cable provokes more cautious handling, they are likely to say copper because of the electricity it carries. Since optical fiber carries light, it is assumed to be the safer medium. This belief may be misplaced, however. While optical fiber doesn`t carry electricity, it does transmit light, which, in some instances, can damage the eye. The glass fiber itself also poses a danger, potentially becoming embedded in or under the skin.

But Johnson and other industry experts caution that fiber-optic safety deserves the full attention of installers. "Many people are unaware of the problems that fiber poses," says Tom Reinert, national sales manager for the Fiberoptic/Telecom Div. of Clauss (Fremont, OH). "People are coming into the fiber arena from the electrical world with a strong respect for electricity and electrical wire. They should carry that same sort of respect for glass fiber."

Reinert notes, for instance, that the glass-fiber scraps generated as a product of terminating fiber-optic connectors pose a safety hazard. Nearly every installer who works with fiber has had a glass splinter at one time or another.

To terminate fiber-optic cable, whether for connectorization or splicing, the installer usually strips back the cable`s jacket and buffer to access the glass fiber and its cladding. Once stripped, the fiber is inserted into the connector. A cleave tool is used to produce a smooth endface and prepare the fiber for insertion into a splice or for polishing.

But what happens to the piece of glass that has been cleaved? The cleaved fiber may fall where it will--on the top of the table where the job is being done, at the bottom of the raised floor, or maybe into a cup of coffee that is close by. The scraps may even be brushed into a nearby garbage can. Then what happens if someone rests his or her hand on top of that fiber scrap? The glass is transparent and the scrap is probably small, so unless the person is the one who did the terminating, he or she may not know the hazard is there.

By comparison, a small wood splinter may not pose a threat to most people, but a glass sliver could. The nearly invisible sliver may be impossible to locate once it breaks the skin, so in many cases, the splinter cannot be removed until the area becomes inflamed and infected.

Safety kit to the rescue

To combat such potential danger and with input from fiber-optic training schools, Clauss introduced its Fiber-Safe fiber-optic safety kit two years ago. Reinert says it`s the only such kit on the market. It includes safety glasses (for keeping eyes free of scraps), a black polishing/work mat (the black surface makes it easier to locate fiber scraps), Teflon-coated tweezers to remove splinters (regular tweezer ends break fiber scraps), and a bifurcated swipe (for cleaning fiber ends and sterilizing the tweezers for splinter removal). One of the most popular components of the kit is the fiber-scrap trash can, which provides a single place for disposing of bits of fiber. Once full, the small trash can may be incinerated.

While the fiber-scrap trash can is convenient, many installers still choose to use an old standby for catching the scraps--double-sided tape. The scrap-laden tape can be tossed into the trash can. However, this system has its own problems. A janitor emptying the garbage later could get a splinter and not know what it is.

"The key point is that the contractor has to be responsible for his or her debris," Johnson notes. "If he leaves it in the garbage can or drops it in a raised floor, the person coming in later is going to pay the penalty."

Johnson suggests that contractors police themselves. "You are dealing with a liability issue, and if you are the end-user, you need to protect yourself," he adds. "The end-user may even want to write up a section on proper fiber disposal in the contract."

"With plastic, you don`t see the fracturing of the end like you do with glass," Johnson states. "A glass-fiber end is very similar to a hypodermic needle. It doesn`t take much for it to break the skin."

A look at lasers

Once installed, fiber poses another set of hazards connected with the light being carried through it. Installers unfamiliar with fiber-optic technology may look at the fiber`s end to verify that light is being transmitted. What makes this so hazardous is that the light used in fiber- optic communications systems is in the infrared range and is not visible to the human eye.

Gene Conway, president of Network Partners (Huntingdon Valley, PA), a training and consulting firm, says he emphasizes this point in his courses. "The real danger is that you could be working on an optical circuit, and if you are not familiar with fiber, you may look for a red light or a red laser, similar to the pointer an instructor uses," he says. "Light sources used for transmitting 1300 or 1550 nanometers do not produce visible light."

Because viewing this light beam is not painful, the iris of the eye does not close involuntarily to protect the retina, and the retina can be damaged. The safety of lasers is covered in ansi z136.2-1988: "For the safe use of optical-fiber communications systems using laser diode and light-emitting diode (led) sources."

Lasers used in telecommunications tend to fall into one of two classifications--Class I or Class II--says Curtis Smith, an applications engineer with test-equipment manufacturer Tektronix Inc. (Beaverton, OR).

"Most telecommunications transmitters and optical time-domain reflectometers (otdrs) fall into the Class I classification," adds Smith. "These lasers are considered to be inherently safe. The reality is that if you are looking into a Class I laser you are more in danger of poking your eye out with the end of the fiber than of being hurt from the light."

Class II lasers are more powerful transmitters. Visual fault finders, for instance, put a strong signal on the fiber and fall into this category. The signal they produce is so powerful that, if there is a break in the fiber, the light is visible through the jacket. While otdrs are considered Class I devices, some do have a visual fault-finder port.

Class II transmitters are not usually found in local area networks (lans) or telephone-system environments. Smith says, "The high-powered transmitters are mainly used in cable-TV systems. This is where you have a very strong transmitter that can send signals through 1 to 12 splitters. The signal must be strong enough to reach the 12 locations."

An important difference between these two classifications is that Class I lasers do not require any specific warning label. On the other hand, Class II devices must be identified with a warning label, which is usually printed in red and notes that the device produces hazardous light.

Commonly found in the lan environment are leds. Because these light sources are typically used in short- distance environments involving multimode fiber, they don`t pose the risk that lasers do. Lasers are usually used with singlemode fiber.

One tool that can increase the danger from light sources is the microscope, which magnifies the fiber`s end to inspect it for connectorization. If a technician looks into the scope and the light source is sending a signal, the image will be considerably magnified, and the reflected light will be directed at the eye. As a built-in safety mechanism, most scopes come equipped with some sort of laser filter.

However, The Light Brigade`s Johnson notes that the weaker scopes--those that have 30- to 100-power capabilities--often don`t include filters. "The 200- and 400-power scopes have filters," he adds. "You pay a little more money for them, but you also get the safety issue taken care of."

Laser safety in the future

It would be logical to assume that in the future lasers will be stronger to send signals over longer distances and at increased rates, leading to increased safety problems for installers, but that is not necessarily the case. Because receivers and intervening fiber-optic components have become more sophisticated and efficient in recent years, high-powered light sources have not been needed.

"There have certainly been advances in optical amplifiers, and the receivers have become more sensitive to smaller power levels," says Tektronix`s Smith. "Today`s systems are using what is there more efficiently."

One area that could increase the power being transmitted is wavelength-division multiplexing (wdm). Smith explains, "If you have an older system that is producing a wavelength of light at 1550 nm, which is typical of longer-haul systems, you have one transmitter and one receiver. The wdm system is going to use 1550 nm, as well as 1560 and 1540 nm, and so forth. So now you`ve put four-, six-, and eight-transmitter lasers onto that fiber."

He adds that individually these transmitters are Class I lasers because they are sending at 1550 nm. "But now that you`ve put up to six times the amount of power on that fiber, you are going to get an overall higher power level because you have several wavelengths on a fiber as opposed to one. Unfortunately, the classification covers the laser device, not the system."

Overall, Smith suggests that people use common sense. "If you don`t know what`s going into the other end of the line, don`t look at the fiber. Be careful, but you don`t need to be paranoid."

The Fiber-Safe kit from the Fiber/Telecom Div. of Clauss (Freemont, OH) includes safety glasses, a small trash can for fiber scraps, a polishing/work mat, a bifurcated swipe, and Teflon-coated tweezers.