CenturyLink estimates the value of the cable stolen to be $30,000; a contractor says it’s the third such theft in recent months. 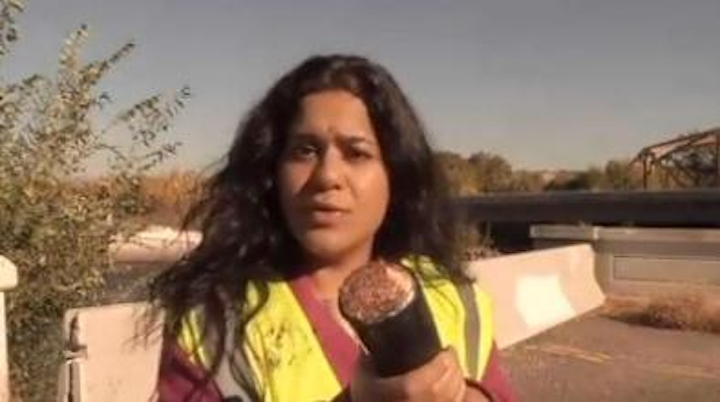 KIMA TV reporter Samina Engel holds a section of the copper cable that was stolen from a CenturyLink network in Yakima, WA.

KIMA TV in Yakima, WA recently reported on the theft of approximately $30,000 worth of copper and fiber-optic cable that kept homes and businesses in the area offline in mid-October. The station’s Samina Engel (pictured below with a sample of the stolen copper cable) reported, “About a thousand feet of copper and fiber-optic cables were stolen … A contractor says it’s the third time that’s happened here in recent months.”

The report quoted business owner Katherine Farnsworth, whose outside phone line, Internet connection and credit-card processing capabilities were disrupted by the outage. Additionally, two of KIMA TV’s partner radio stations were taken offline temporarily. The operations manager for one of the radio stations commented, “When you’re off the air, you can’t play commercials and you lose revenue.”