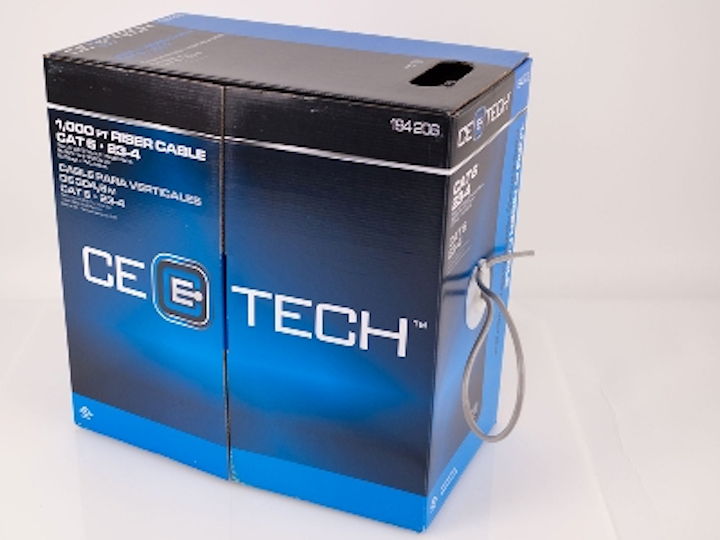 Approximately 11,300 boxes of CE Tech Cable, sold exclusively at Home Depot, have been recalled by the Consumer Product Safety Commission for failure to meet riser-rating requirement, and consequently posing a fire hazard.

The United States Consumer Product Safety Commission (CSPC) has issued a recall for CE Tech brand riser cable sold in 1,000-foot boxes at Home Depot between January and February 2013. In its recall notice, the CPSC said, “The riser cable does not meet fire resistance standards for riser cable, posing a fire hazard.” The CPSC says about 11,300 units of the cable are subject to the recall.

An entry in the “Product Recalls” section of the Home Depot website links to the CPSC recall notice.

“Consumers should remove the recalled cable and return it to Home Depot for a full refund,” the CPSC added, also stating the cable was sold exclusively at Home Depot during the months of January and February 2013, for approximately $100 per box.