Led by Cisco and Aquantia, the alliance will work to spread the word and promote standardization of 2.5- and 5-Gbit/sec Ethernet over Cat 5e and 6. 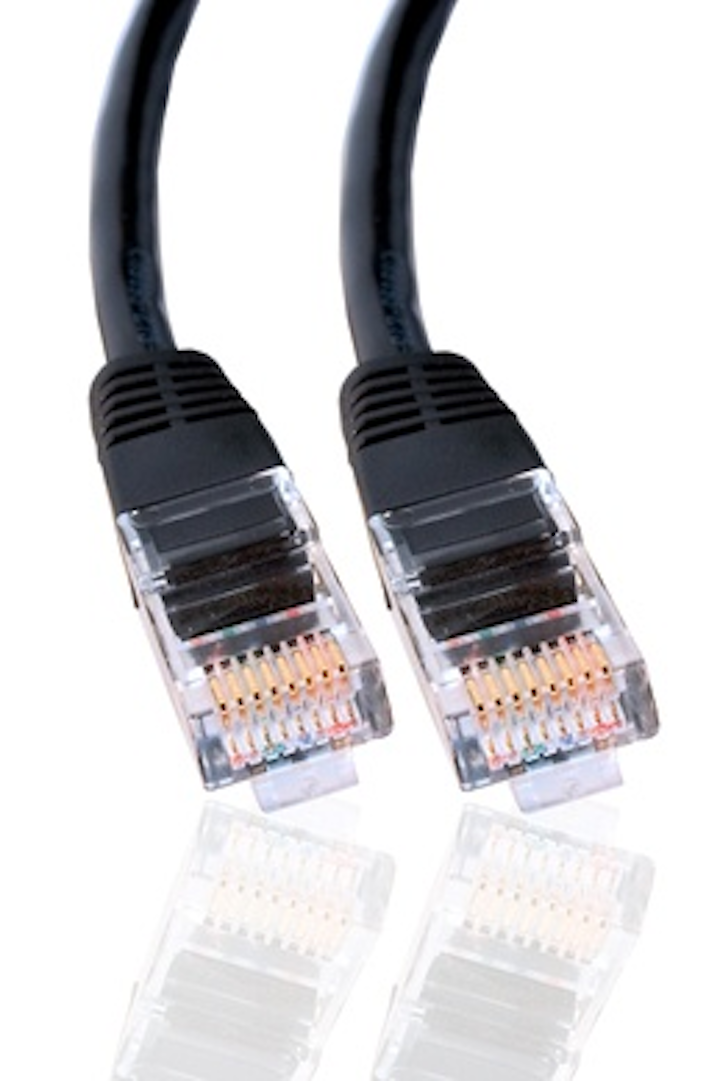 On the heels of the introduction of AQrate technology that can deliver 2.5- and 5-Gbit/sec data rates over Category 5e and Category 6 cabling, four founding members announced the formation of the NBase-T Alliance on October 27. Cisco, Aquantia, Freescale and Xilinx are the alliance’s founders with a stated mission “to promote the development of 2.5- and 5-Gigabit Ethernet technology for enterprise infrastructure.

“The founding of the alliance aligns with market demand for a unified approach to the deployment of faster data rates on twisted-pair copper cables matching the bandwidth increase driven by 802.11ac Wave 2 wireless access points and other applications,” the alliance continued. It will promote this multi-gigabit capability across the industry, and eventually bring it into industry standards, said Chris Spain, Cisco’s vice president of product management. Spain added that efforts within standards bodies are in nascent stages.

Earlier in October, Aquantia announced its development of AQrate technology—the silicon that enables the delivery of 2.5- and 5-G over Category 5e and Category 6 cabling. In that announcement and in the current announcement of the NBase-T Alliance, the bandwidth requirements of 802.11ac “wave 2” devices were heavily referenced. In a release announcing the NBase-T Alliance, the organization explained, “According to Cisco Visual Networking Index, total mobile data traffic will surpass 30 Exabytes per month in 2018. An estimated 52 percent of that traffic will be offloaded from cellular networks to the fixed network through WiFi, adding to the vast amount of wireless data otherwise transmitted over WLAN in enterprise branch and campus environments. The 802.11ac WiFi standard was developed to deal with this massive amount of wireless data. As Wave 2 of the technology gets introduced, traffic aggregated on APs will quickly amount to multi-gigabits, therefore requiring both the access point and the Ethernet switch ports to scale beyond the 1-Gbit Ethernet technology that has been deployed up until now. 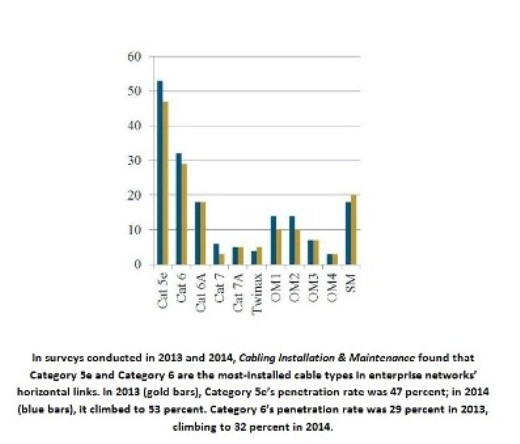 “Category 5e and Category 6 twisted-pair copper cables are by far the most common in local area networks. Cat 5e or Cat 6 cables do not support 10-Gigabit Ethernet up to 100 meters, hence the need for intermediate rates. Foreseeing the enormous potential for faster-than-1-GbE rates on legacy cabling infrastructure, the NBase-T Alliance founding companies teamed up to promote the development of 2.5- and 5-Gbit Ethernet over Cat 5e and Cat 6 cables with Power over Ethernet, extending the life of the installed cable plant and avoiding the need to run multiple cables between a switch and an access point.”