For Jim Hayes, the founding of a fiber-optic test equipment company (aptly called Fiber Optic Test Equipment Company, or FOTEC) led to several firsts-some of which he had planned to introduce to the market and some he probably did not. 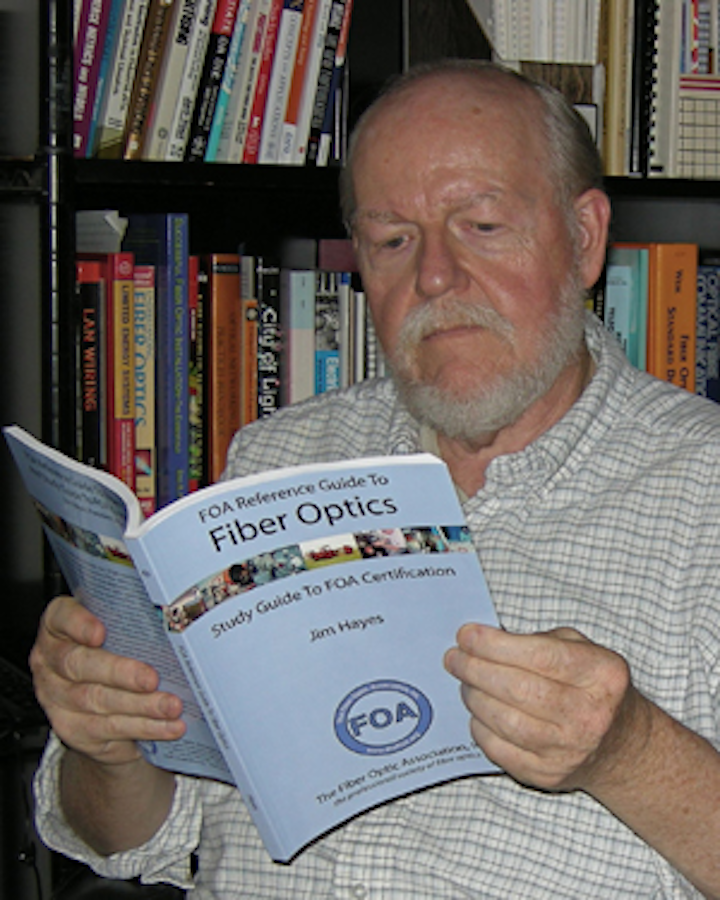 For Jim Hayes, the founding of a fiber-optic test equipment company (aptly called Fiber Optic Test Equipment Company, or FOTEC) led to several firsts-some of which he had planned to introduce to the market and some he probably did not. "Bringing low-cost instruments to installers, and creating some unique instruments like the first fiber-optic talksets and automated factory test equipment," as Hayes recalls, were among the technological innovations at the heart of FOTEC. However, what he may not originally have planned to do with the company, "But what FOTEC was probably best known for," Hayes acknowledges, "was being the first company to offer commercial training in fiber optics starting in 1982, and starting the Fiber U fiber and cabling training conferences in 1993."

More than 60,000 copies of the now-20-year-old fiber-optic training brochure Lennie Lightwave's Guide to Fiber Optics have been distributed for free to newcomers in the industry. By 1995, Hayes and FOTEC had created one of the first commercial websites and by 1997 were offering free web-based training. "FOTEC was the go-to place for learning about fiber optics," Hayes recalls, adding that "Lennie, by the way, is still available online and as an iBook free from Apple."

Some of the business realities that FOTEC ran into in its early years paved the way for both its training offerings as well as the later founding of The Fiber Optic Association; Hayes remains the FOA's president. He remembers that about three decades ago, "Within a year after starting FOTEC, we realized we were trying to sell equipment to users totally unfamiliar with fiber optics. One company-Digital Equipment Corp., the inventor of the minicomputer-asked us to train their service personnel who would soon be installing fiber. Since they were talking about almost 1,000 techs, we proposed creating a program and training their trainers. Thus began a program of creating curriculum, giving it away, and training others to teach it." 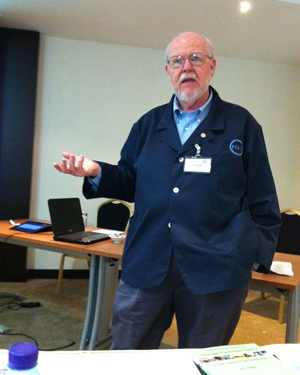 He approximates that over the next decade, in partnership with other manufacturers in the industry to run training seminars, "We trained probably 10,000 techs on fiber, and sold them a lot of test equipment!" An idea from a 3M trainer to a large conference format led to the launch of Fiber U. "It was from Fiber U instructors that the idea for a fiber-optic professional society was developed, and the FOA was born."

Hayes says it's the FOA's growth and influence on the industry he's most proud of. "At the FOA, we continue the goals we set in 1995: to promote professionalism in fiber optics through education, certification and standards." The FOA's website, with approximately 1,000 pages of information "is the most trusted source of technical information in the field," Hayes declares. "Last year more than 400,000 visitors downloaded 2.2 million pages from the FOA website, and viewed more than 350,000 of the FOA YouTube videos." The association has approved more than 250 schools in 40 countries, which have certified more than 41,000 fiber-optic technicians.

Despite his place here among the cabling industry's most widely recognized positive contributors, Hayes states, "I did not do this all by myself, of course. We have had the contributions of dozens of experts in the industry, many of whom have been around fiber optics and cabling as long as I, and many of whom are, like me, still extremely active in the industry. So what I'm most proud of is how I/we at the FOA have contributed to the growth of the industry."

And we haven't even gotten into Hayes's contributions to industry standards, which began in the early 1980s and continues today. Proclaimed by himself (and most likely others) as a standards "curmudgeon," Hayes describes his current participation in TIA as "mostly monitoring the work, reminding them of why we wrote lots of those standards in the first place." Hayes has authored six books, five of which are still in print.

In 2001 he was recognized by Fiberoptic Products News magazine as one of fiber optics' "luminaries." A fitting term for Jim Hayes.