Product manager Frank Straka says the company was two-and-a-half years ahead of the 802.3bt standard, as Panduit’s connectors were third-party verified to 90 watts that long before the standard was published. 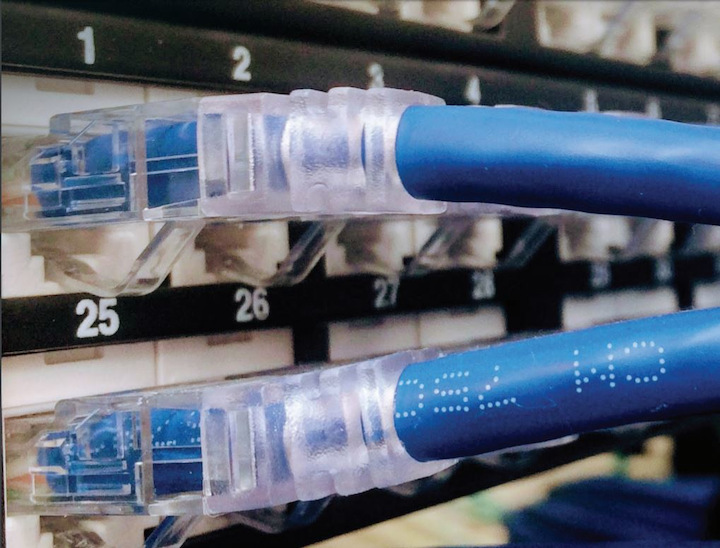 In 2016 Panduit achieved third-party certification that its jacks support power-delivery levels that, years later, got specified in the IEEE 802.3bt standard.
Panduit

Panduit recently announced that its twisted-pair copper connectors meet the specifications of the IEEE 802.3bt standard for Power over Ethernet. That standard defines a maximum of 90 watts. When making the announcement Panduit said, “While the standard itself is recently updated, Panduit’s certification to the higher loads has been in place since August 2016.” The IEEE 802.3bt standard was approved by IEEE in September 2018 and published in January 2019.

“We saw where the PoE standard was heading and we sought third-party validation at the time to ensure our jacks would meet the new standard,” said Frank Straka, product line manager for copper and fiber connectivity at Panduit. “We collaborated with the testing house to validate our jacks under the old standard, but at an elevated current load that corresponded to the new standard. Because we were already certified to those higher levels, our existing third-party certification was simply updated by the testing house when the standard was updated. So, we had this certification two-and-a-half years before the standard was ratified.”

The certification covers arcing under PoE loads, and provides assurance to users that carbon buildup will not degrade connector performance, Panduit said. It explained, “Arcing occurs inside a jack, when a plug is disengaged from a jack that is carrying PoE and can cause carbon scoring at the point of disengagement. Because current levels are higher under the newest PoE standards, it can lead to more-severe carbon scoring. Panduit jacks are engineered so that abrasion occurs as a plug is inserted, effectively cleaning the contacts from the carbon buildup.”

You may be interested in this technical paper Panduit authored in 2015: “Power over Ethernet with Panduit Copper Cabling.”