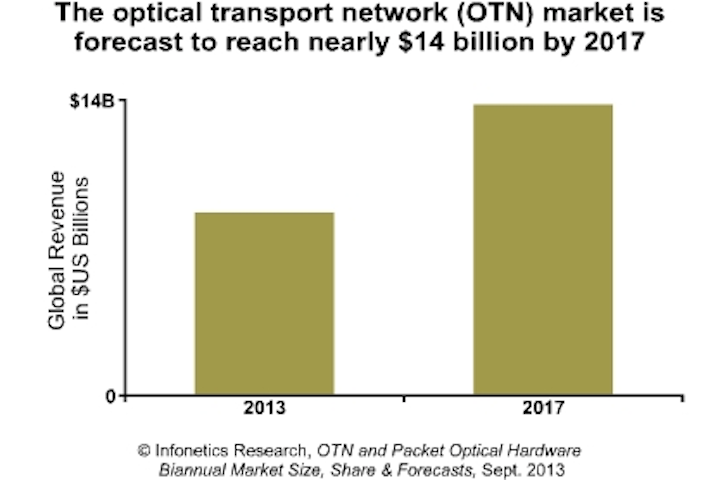 Infonetics Research has released highlights from its latest OTN and Packet Optical Hardware report, which tracks optical transport network (OTN) switching and transport equipment and packet-optical transport systems (P-OTS). According to the report, in the 1st half of 2013 (1H13), worldwide OTN revenue ( for OTN transport and switching equipment) was up 23% from 1H12, to $3.9 billion. Notably, OTN switching spending in North America more than tripled in 1H13, growing 80% from a year ago, finds the study.

“P-OTS growth in the first half of 2013 was healthy as a result of tier-1 carriers ramping spending versus 2012," adds Infonetics's Schmitt. "We’re seeing some of the SONET/SDH spending that went away come back in the form of increased packet-optical activity.”