George Allen will be an ambassador for the association, educating on and advocating for the adoption of passive optical networks. 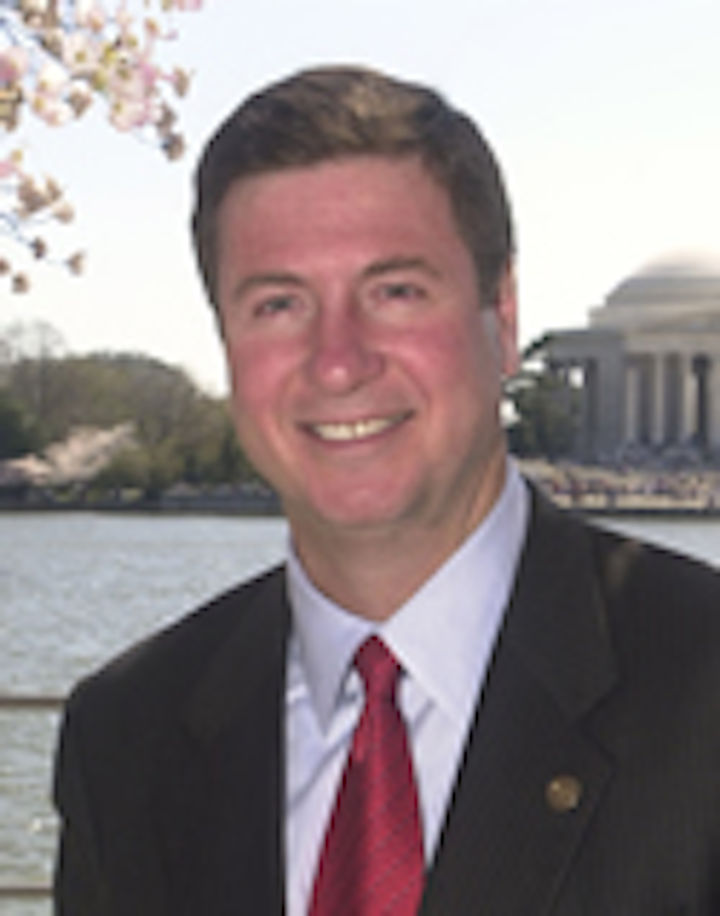 The Association for Passive Optical LAN (APOLAN) announced on August 19 that former Virginia Governor and U.S. Senator from Virginia George Allen has joined the association as an ambassador. “Governor Allen will play a key role in carrying out the APOLAN’s mission to advocate for the education and global adoption of passive optical networks in the local area network industry,” the association said. Allen is a member of the board of directors of VT Group, which is an APOLAN member; VT Group is sponsoring Allen’s ambassadorship.

“The potential of passive optical LAN is tremendous and its adoption will grow exponentially because it outperforms copper-based LAN in every way,” Allen said. “APOLAN has been at the forefront of leading the shift to passive optical LAN. Through its efforts, I envision all new office buildings, hotels, conference centers, dorms, libraries or any facility with more than 100 users will use passive optical LAN for better and more-secure connectivity and to achieve energy-efficient, high-capacity buildings. With a passive optical LAN, the future is now.”

How fiber can make your network 'greener'

APOLAN’s president Dave Cunningham added, “Govern Allen’s forward thinking and dedication to driving technological innovation is a perfect match for the APOLAN. Govern Allen joining the association as ambassador demonstrates the success of our mission and opens the door to new opportunities that will accelerate the institutionalization of passive optical LAN.”

APOLAN listed the following among Allen’s legislative accomplishments during his time as a U.S. Senator.

“During his time as governor, he dedicated his time to transforming Virginia into the ‘Silicon Dominion’ as a leader in information technology and semiconductor fabrications,” the association added.

In 2007 he founded George Allen Strategies, which APOLAN explained, “provides companies and individuals with insightful and effective counsel, consulting and strategic advice on a range of issues including energy, technology and business development.” In addition to serving on the board of directors for VT Group, Allen also serves on the boards of Nano Risk Assessment and Armada Hoffler.