Testing conducted by Pearson Technologies shows that fiber sections exhibiting increased attenuation rates in the forward direction, do not exhibit those increased rates when tested in the reverse direction.

Over the past 31 years, this author has been active in fiber-optic communications. During that time, there have been many significant changes in technology. Here’s a sample of them.

All these changes have been the result of incredibly creative engineers and scientists, whom we congratulate. In this article, we address the last subject listed: bend-insensitive fiber.

This graph shows test results of a bend-insensitive multimode fiber that does not exhibit increased attenuation rates at the end near the OTDR.

While the industry has justifiably regarded the development of bend-insensitive OM3 fibers as an advancement, there has been at least one unexpected consequence. We have observed unusual, high multimode OTDR attenuation rates (hereafter “rates”), in both bend-insensitive fibers and bend-insensitive cables.

These increased rates appear as a transient effect that decreases with increasing distance from the OTDR. A quick review of a trace may not indicate this increase, as it can be subtle.

Not all bend-insensitive multimode fibers exhibit increased attenuation rates at the end near the OTDR. In addition, as the length of the launch cable increased, the increases in rate decreased. Thus, the rates of the fibers are dependent on the distance of the fiber segments from the OTDR.

This is an undesirable situation, because tests of the same fiber, conducted at different times with different-length launch cables, result in different attenuation rates. 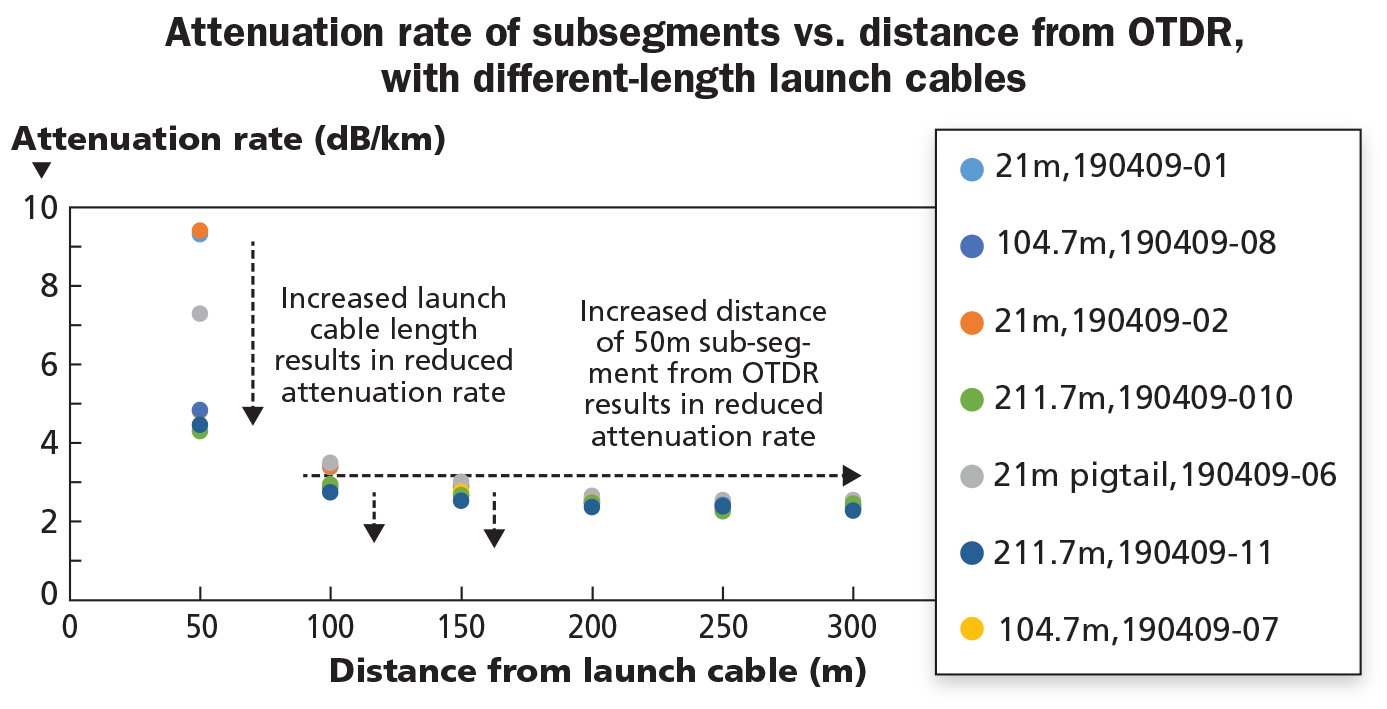 There are two consequences of using the rate values determined by the OTDR software. First, after initial installation, increased attenuation rate can result in improper rejection of the cable due to that rate exceeding the maximum specification. Second, during troubleshooting, this increased attenuation rate can be misinterpreted as indicating improper installation, damaged cable, or degraded cable.

We make the following observations.

Some bend-insensitive multimode fibers exhibit increased OTDR attenuation rates due to a transient condition at the end of the fiber near the OTDR. This condition is an artifact of OTDR testing, not a characteristic of the fiber. Such increased rates can complicate link certification or troubleshooting.u

“CommScope’s new FIST modular splice closure is a game-changer, as we consider it the most comprehensive upgrade to our fiber portfolio in decades,' says Ric Johnsen, senior vice president of Network Cables and Connectivity, CommScope.
Apr 19th, 2019

High-speed networks: Can you afford not to clean and inspect?