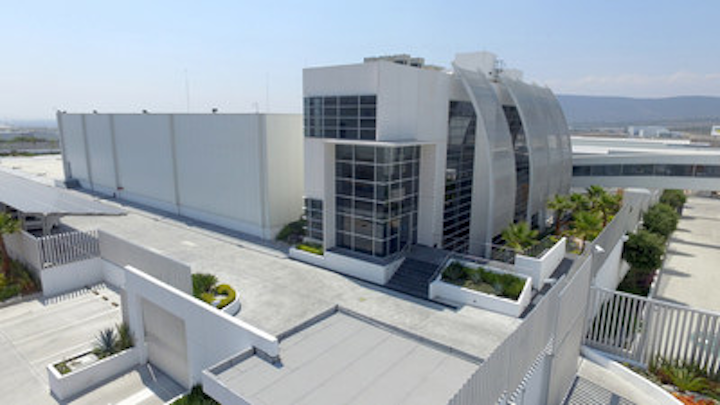 Equinix, Inc. (NASDAQ: EQIX) on Jan. 9 announced the completion of its acquisition of three data centers from Axtel S.A.B. de C.V. (BMV: AXTELCPO) that serve the Mexico City and Monterrey metro areas of Mexico. The US$175 million all-cash transaction brings Equinix's data center and interconnection services to two new metros, as businesses increasingly seek to move their IT operations and latency-sensitive data to the digital edge, closer to where content is created and consumed.

This expansion, when combined with previous Equinix acquisitions of key regional traffic hubs in Dallas (Infomart) and Miami (NAP of the Americas), is expected to further strengthen Equinix's global platform by increasing interconnection between North, Central and South America. Per the company, "the move will support the important role Equinix plays in helping companies evolve from traditional businesses to digital businesses by globally interconnecting the people, locations, cloud services and data that are critical to their operations."

The three data centers will add approximately 115,000 square feet of colocation space to the Equinix International Business Exchange (IBX) data center portfolio. Given the power capacity of these three sites, this transaction will make Equinix one of the largest network-neutral data center operators in Mexico. Including current expansion projects, Equinix has invested more than $500 million in its Latin American operations including Brazil, Colombia and now Mexico.

The two data centers that serve the Mexico City metro are strategically located in Querétaro. Both are carrier-neutral facilities with multiple diverse fiber entry points that include five network service providers currently operating within each data center.

The Monterrey area facility is a highly connected data center offering a key connectivity gateway between the U.S. and Mexico. It features 25,000 gross square feet of data center space with 12,500 square feet of colocation space. It is a carrier-neutral facility with 10 network service providers. This facility has been renamed the Equinix MO1 IBX data center. The three facilities generated approximately $21 million of revenues in the 12 months ending December 31, 2018, with an EBITDA margin profile accretive to the Equinix business.

As a part of the agreement, existing colocation customers within the three data centers will transition to Equinix. Axtel will be both a customer as well as a strategic marketing partner of Equinix in Mexico.

Equinix plans to offer Equinix Cloud Exchange Fabric (ECX Fabric) in all three data centers. ECX Fabric is an on-demand, SDN-enabled interconnection service that allows any business to connect between its own distributed infrastructure and any other company's distributed infrastructure, including the world's largest network service and cloud providers, on Platform Equinix.

Today Equinix operates more than 200 IBX data centers in 55 markets. According to Volume 3 of the Global Interconnection Index, a market study published by Equinix that analyzes traffic exchange globally, Latin America is expected to see the greatest interconnection bandwidth growth globally, forecasted to grow at a 63% compound annual growth rate (CAGR) by 2022.

Mexico is the world's eleventh-largest economy and the second largest in Latin America. The country's telecommunications reform of 2013 has created opportunities for many businesses seeking to expand into Mexico, allowing for open competition by non-governmental entities and providing an opportunity for the growth of service provider and enterprise ecosystems that flourish within Equinix's network-neutral data centers globally.

As a result, Equinix believes there is uncaptured market demand in the region for interconnection and data center services if bandwidth requirements and end-user demand continue to increase as expected.

BACnet Client is currently available on all new Aircuity projects and can be remotely loaded on customers’ existing systems.
Jan 2nd, 2020