Advanced system reportedly saves more than 95 percent of cooling electricity and is now cooling the most energy-efficient data center in Asia. 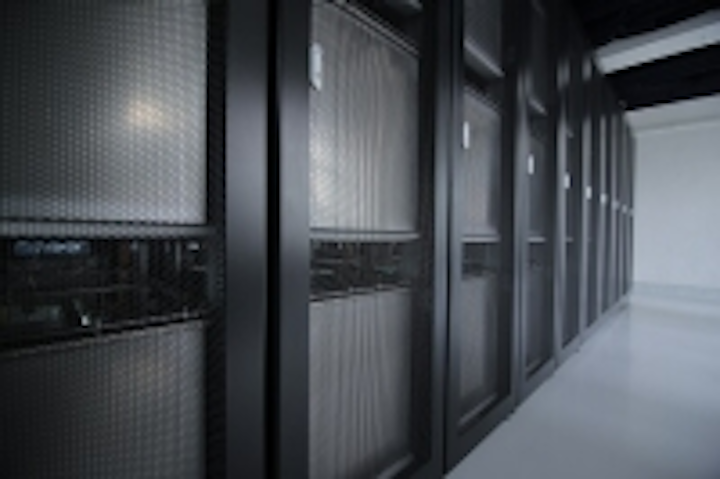 With standard 19-inch racks and enclosures built in a modular, open and universal design, the data center is capable of delivering a Power Usage Effectiveness (PUE) of 1.02 in the hot and humid climate of Hong Kong, without taking any free cooling into account. Executives at Allied Control believe that with the liquid cooling process, it’s easily possible to surpass this already low PUE for data centers located in milder climates in America or Europe. The data center, despite being housed in Hong Kong’s sticky climate, saved more than 95 percent of its cooling electricity energy. This represented a staggering $64,000 savings per month in the 500kW facility by eliminating chillers and air conditioning units. Additionally, the IT equipment in the data center uses 10 times less space than traditional data centers, requiring less than 160 square feet (15 square meters). The system is located in one of Hong Kong’s high rise buildings and fits into the size of a standard shipping container.

“This new data center project demonstrates the elegance of immersion cooling and showcases that it has what it takes to be the new gold standard in the industry,” comments Kar-Wing Lau, vice president of operations at Allied Control. “Many of the companies that we partner with see the immediate benefits -- technically and economically -- and that it’s already commercially viable today. There’s no denying that immersion cooling will play an important role in the future, and that it has great potential for growth.”

Lau went on to state that Allied Control sees passive two-phase immersion cooling as "the holy grail of electronics cooling" by saving massive amounts of energy, greenhouse emissions and space, as well as resolving a number of today’s engineering bottlenecks. The companies contend that the technology allows manufacturers to build better hardware without the heat transfer constraints of traditional cooling, while also being much cheaper and less complex to build and an open and future proof platform. That means its modular design, scalability and re-use for future generations help to save money and increase the lifespan of each hardware generation as well. Rather than requiring additional components like custom water blocks, heat sinks or fans to fit specific hardware, immersion cooling uses non-conductive liquids, like Novec Engineered Fluids, that simply surround whatever shape any future hardware will have. Not only is it cheaper in comparison to traditional computer room air conditioners, but this practice has the potential to lower total overall cost of ownership even further when looking at future hardware generations.

“Our client knows they are just beginning to scratch the surface on the potential enclosure capacity of their data center. They still have the ability to increase capacity by two- or threefold, and they intend to replace their hardware with the next generation without making additional changes for a long time to come,” adds Lau. “Using two-phase immersion cooling, the constraint is definitely not cooling-related. Others in the industry are quickly seeing that there is simply no other solution to cope with extreme densities beyond 150kW per rack in such an elegant way.”

Lau said Allied Control is already in talks to work with additional partners and consulting infrastructure companies on new or existing hardware projects.

Allied Control says it chose 3M's Novec Engineered Fluid for its excellent dielectric heat transfer performance with exceptional environmental properties. The result is a system that can be incorporated into existing data center infrastructure and, because it eliminates the need for chillers and air conditioning units, can reduce the energy used to cool IT equipment by up to 97 percent. Harvested heat from the system can also be reused for heating, desalination of sea water or organic Rankine cycle and provides inherent fire protection for servers due to the fluid’s fire extinguishing properties. Revolutionary coolants like Novec Engineered Fluids, which are non-ozone depleting, have wide margins of safety in their intended applications and low global warming potentials, further enable the possibilities.

“The advancements that Allied Control has achieved are a major thrust for the data center industry,” concludes Joe Koch, business director at 3M Electronics Markets Materials Division. “Their accomplishments are inspiring other industry leaders to find better ways to address energy efficiency, space constraints and increased computing power in data centers. 3M is committed to continuing to be part of these collaborations that drive customers toward meeting energy-efficiency and sustainability objectives. We applaud the leadership demonstrated by these early adopters.”