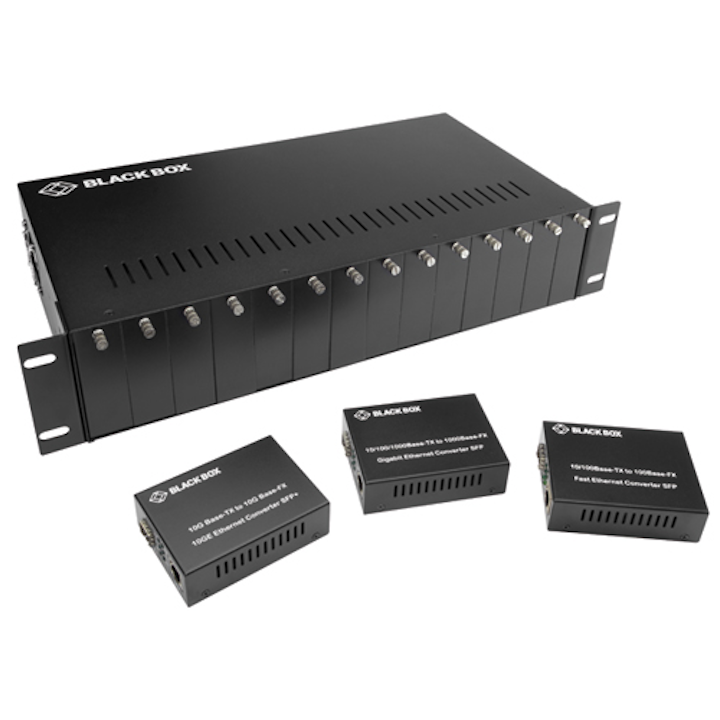 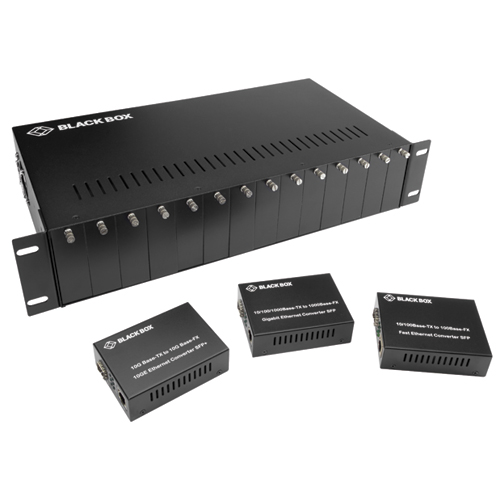 Available in both standalone and high-density rack-mount chassis, the new Pure Networking media converters from Black Box support a wide range of speeds, including 10/100/1000 Mbits/sec and 10GE. Other media converter products on offer include fixed optics and modular SFP/SFP+ models for range flexibility.

DMSI’s Power over Ethernet (PoE) media converter allows the user to connect fiber to copper to power PoE+ devices. It features an unshielded twisted-pair (UTP) RJ45 port, and an empty small-form-factor pluggable (SFP) port, in which the user can use a swappable SFP for singlemode or multimode applications. 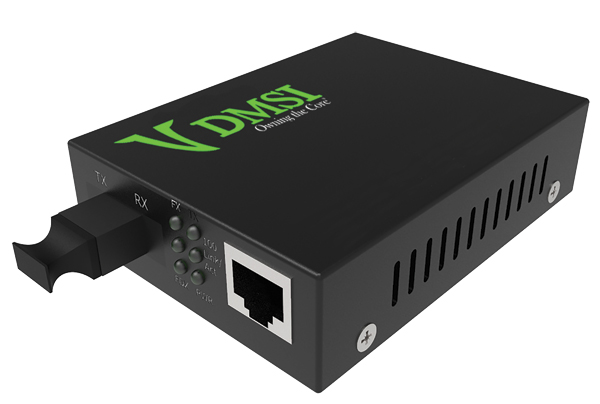 The product can automatically switch between 10-, 100- and 1000-Mbit/sec bandwidths, and each unit includes an AC power cord for internal power, and power sourcing equipment (PSE) controller to output power into Category twisted-pair cable to power devices.

Omnitron’s miConverter GX/T PoE/D is a miniature 10/100/1000 media converter that can be powered with Power over Ethernet (PoE), and enables plug-and-play fiber connectivity when connected to PoE switches and midspans. The miConverter GX/T PoE/D requires no external AC or DC power, and can be deployed as a standalone device when fiber runs are required from a PoE switch, and AC or DC power availability is limited in the data closet. 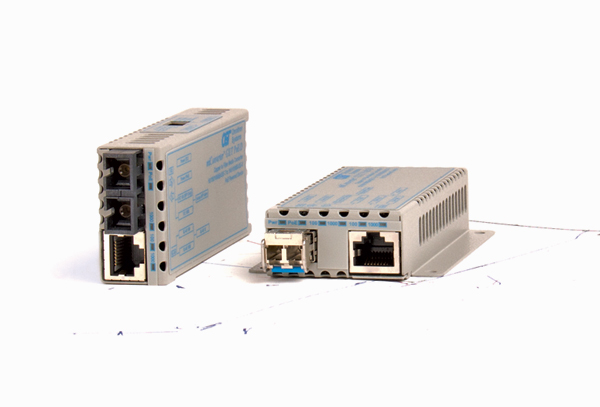 It can also be deployed with PoE and AC or DC power redundancy for mission-critical applications. The miConverter GX/T PoE/D supports fixed fiber ports, or 100-Mbit/sec or 1-Gbit/sec SFP transceivers, and is available with 0 to 50 degrees Celsius commercial and -40 to +60 industrial temperature ranges.  All Omnitron media converters are made in the U.S.A., and backed with a lifetime warranty and free 24/7 technical support.

Power and data to remote end devices made easy 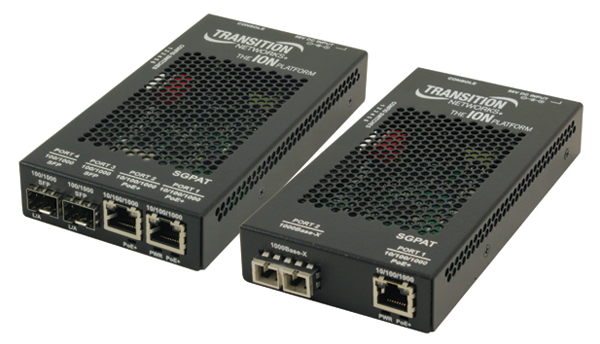 Fully compliant with IEEE 802.3at standards, these converters reduce power consumption and improve uptime with the Active-Link Pass Through (ALPT) feature to automatically detect link failure and the Auto Power Reset (APR) feature to automatically reset power to end devices. These standalone gigabit PoE+ media converters (SGPAT Series) convert 10/100/1000Base-T copper to 1000Base-X fiber and support network speeds (100/1000) with the optional configuration of the SFP port. These converters come with 2, 3, and 4 ports, with the 4-port version offering the functionality of 2 individual media converters.

The Atlona AT-UHD-SW-510W is a highly versatile AV switcher designed for meeting spaces and a wide range of presentation applications, from collaboration to video conferencing. The SW-510W provides universal connectivity for BYOD (bring your own device), allowing presenters to connect their laptops or mobile devices through wired connections including HDMI, DisplayPort, and USB-C.

Additionally, presenters can connect over WiFi to the SW-510W’s built-in wireless access point from iOS or Android, or Miracast via Windows. Two AV outputs are included: local HDMI and long-distance HDBase-T, with the option of having both outputs function simultaneously (mirrored) or independently (matrixed). The SW-510W is designed for effortless user operation, says Atlona. When a presenter connects a device, the switcher automatically selects it and powers up the display.

Antaira Technologies’ IMC-C100-XX series is a compact industrial converter featuring a 10/100TX Ethernet port and a fixed fiber interface that supports ST or SC connectors depending on the model. Multimode and singlemode versions are available to support applications of varying fiber-type and distance requirements. 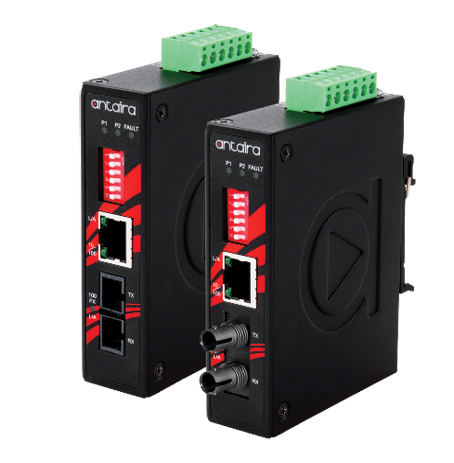 The data center evolution: How to overcome its cabling challenges

It all comes down to reach, but on the way there, there’s a lot more to consider—like wave-division multiplexing, parallel optics, MSAs, leaf-and-spine, and insertion loss.
Patrick McLaughlin
Jun 1st, 2018

Wirewerks’ Minus1U comes in a switch-specific model and a universal tray model. The company says the panel frees up a unit of rack space.
May 30th, 2018