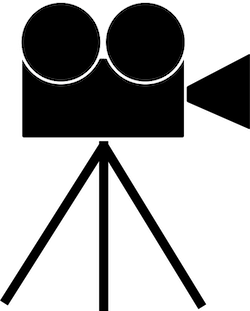 Tried to follow some unknown cables, gave up after seeing this sh*t from r/cablefail

The first Reddit commenter (u/ravenze) on this clip sensibly calls for immediate use of a cable toner/tracer: "Ground the black lead so it broadcasts." OP is advised they'll be able to hear the tone "from a foot or two away."

Additional commenter u/Beastlykings, doesn't get it: "Wait what -- audibly? Or you mean with a tool to listen for the signal?"

Reddit u/ravenze has done this before, and capsules the procedure thusly: "Using your toner, clamp the red lead to one of the wires and ground the black lead. Instead of being tracing cables from inches, you can trace them from about a foot away (I can hear it through most walls/floor tiles). [My] tracer also has a bare lead so you can clamp your butt-set to the tracer tool to further amplify the signal."

Further Reddit commenter u/djwaffle007 doesn't see why all the fuss: "Tone it or replace it. Not the end of the world."

The first Reddit commenter (u/danopia) on this clip doesn't get it: "I don't know what I'm looking at, other than dust, is this like inside a wall?"

Original Poster (OP) u/Dul-fm has the story, hailing from the industrial segment: "It's inside an HMI [human-machine interace] console (this kind http://ritmindustry.com/upload/items/30/30521.jpg). The dust is a cocktail of chemicals which kills PCBs, hardens plastics and blocks air vents."

Ubiquitous r/cablefail commenter u/djwaffle007 again puts in his last word on matters: "At least you don't have birds nesting in service loops. It's also better than the Taco Bell I have to go re-wire every couple years because mice eat Cat5. If only they could appreciate the irony."