Klein Tools announced that Mathias Klein III (Mat) will retire as the company's chairman of the board in June 2015, but will continue to serve on the company’s board of directors. 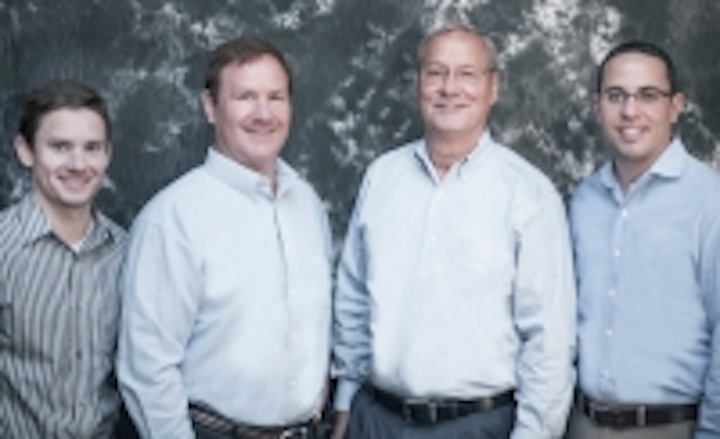 Klein Tools announced that Mathias Klein III (Mat) will retire as the company's chairman of the board in June 2015, but will continue to serve on the company’s board of directors. In a press statement, the company said the announcement "caps a 46 year career with Klein Tools in which Mat helped transform the company into an innovative manufacturer producing the highest quality hand tools for professional tradesmen in the U.S. and around the world."

Current Klein Tools president Thomas R. Klein Sr. (Tom) will move into the role of board chairman. Additionally, Mark Klein, vice president of domestic sales, and Thomas Klein Jr. (Tom Jr.), general manager of heavy infrastructure, will be promoted and serve as co-presidents of Klein Tools, effective January 1, 2015. “Mat will be long remembered for his steadfast commitment to the company,” said Thomas R. Klein Sr. “With his leadership and vision, Klein Tools is in a better position today than when he started years ago.”

“Under Tom’s leadership as president, Klein Tools not only survived the recession, it emerged stronger and became the undisputed leader in the hand tool industry,” stated Mathias Klein III. chairman of Klein Tools. “His compelling vision ultimately drove Klein to become the world-class manufacturer and new product development machine that it is today. In his new role as chairman, Tom will be in a position to continue to help drive Klein Tools into the future.”

To quote directly from a formal press release issued by the company:

"During Tom’s tenure as president since 2006, Klein Tools’ manufacturing has moved forward with major investments, including the new Advanced Manufacturing Technology Center and heat treat facilities in Mansfield, Texas. The new product development process has been transformed and is achieving industry-leading results, with major portions of the company’s growth tied to new product introductions. Also under his leadership, the company has achieved significant growth through its focused efforts on international sales and acquisitions in Australia, Mexico and Brazil. In addition, the company has grown with the domestic acquisition of Heritage Cutlery (now Klein Cutlery) and Klein’s joint venture investment with UEI. As chairman, Tom will retain responsibility for finance, legal, corporate development and human resources.

As Tom ascends to chairman, Mark Klein will assume the new role of president of sales and marketing and will be responsible for global marketing, sales and customer service. He will also manage the company’s cutlery division in New York, Klein Cutlery and Klein Tools de Mexico affiliates. Thomas Klein Jr., (Tom Jr.) will assume a new role as president of operations and research and development. Tom Jr. will be responsible for Klein Tools’ manufacturing, operations and new product development functions. He will also manage two of the company’s international affiliates, Civitella & Cia in Brazil and Mumme Tools in Australia.

Mark Klein was named vice president domestic sales in 2012. He has been leading Klein’s domestic sales operations, including the development of strategic marketing initiatives, such as the company’s launch of the camouflage limited-edition pliers and the “Electrician of the Year” programs in 2013. Klein Tools has achieved double digit sales growth every year since Mark assumed the role of vice president domestic sales. Previously, Mark worked in various capacities developing new or underserved market segments for Klein, including HVAC, hardware, industrial, telecommunications and Canada. In addition, Mark has been accountable for one of the company’s affiliates, Klein Cutlery, which is the largest U.S. manufacturer of hot-forged scissors and shears.

Tom Klein Jr. was named general manager of the company’s heavy infrastructure business unit back in 2012. In this role, Tom Jr. has been responsible for the unit’s business functions including product development, sales and marketing. He has also been responsible for the company’s manufacturing activities at the company’s soft goods plant in Ft. Smith, Arkansas. The heavy infrastructure business unit has increased at a compound annual growth rate of more than 13% since Tom Jr. assumed the role of general manager. Prior to that, Tom Jr. worked in product development, primarily developing new products for the power utility market."

“Mat and I feel strongly that Mark Klein, Tom Klein Jr. and the entire leadership team are ready for more responsibility to maintain the growth momentum and lead Klein Tools forward.” Thomas R. Klein Sr. concluded, “Mark and Tom Jr. have committed to driving the organization forward through continued investment in R&D, people and world-class manufacturing processes, thus we feel now is the time to begin the transition.”

Search for Specialized Tools in our Online Buyer's Guide