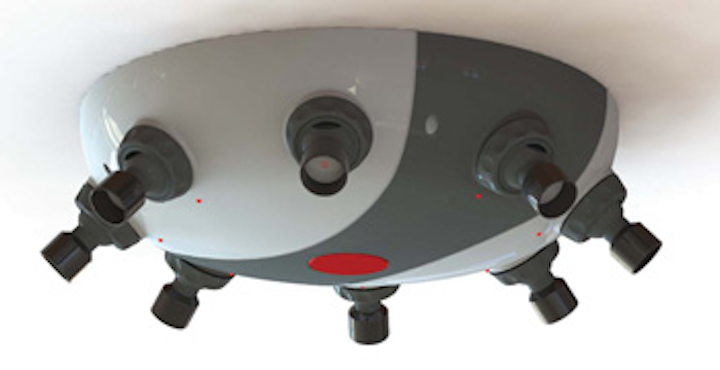 RiT Technologies (www.rittech.com) is taking aim at the commonly held notion that wireless data networks in enterprise environments are overlays of wired Ethernet networks. Whereas 802.11-based WiFi systems accommodate user mobility and in the vast majority of cases are indeed complementary to fully cabled workstations, a system that RiT plans to launch in 2013 works on different principles and is intended precisely to replace the horizontal cabling that connects users to their networks.

In an interview with Cabling Installation & Maintenance, RiT’s chief technology officer Erez Ben Eshay answered questions about the system, its functions and the rationale behind its development. He began the interview by asking and answering what could be the most common question he hears about IWON: “Why did we do this? I joined the company approximately a year ago and realized we never were a cabling company. RiT’s new management decided to take RiT on a different course. We asked, ‘How can we reduce the amount of cabling installed in the walls?’”

While RiT continues to provide some cabling products, that technology represents a small minority of its portfolio as the company has turned its attention toward software-based offerings such as data center infrastructure management (DCIM). Now they’ve developed a system that aims to eliminate the need for most horizontal cabling yet provide high-speed connectivity. As RiT explains, only the central station is wired into the core network. Short patch cables connect users’ computers to the user stations.

RiT describes the system as “not a research project, but a live, working product,” saying IWON has been “up and running at RiT offices for the last three months with 40 users relying on it every day for their network connectivity.”

According to Ben Eshay, “The first generation is close to reality and will distribute 10 Gbits/sec,” from the central station—a data rate that will be shared by the user stations. Future generations of the product will ratchet up to 40 and 100 Gbits/sec, he assured.

When setting up the system, installers can adjust the “nozzles” on the central station to establish line-of-sight connectivity with user units. Ben Eshay estimated that establishing links for a single floor of users in a typical commercial office-building space would take approximately one hour.

The signals between the central stations and user stations are laser-based and invisible to the human eye. Ben Eshay stressed their safety, explaining that the maximum allowable output power of the types of lasers used in IWON is 4 milliwatts, and these lasers transmit at 16 microwatts (0.016 milliwatts).

Security was another point he stressed. “Each user unit has an ID,” he explained. “Links between the central unit and the user unit are completely encrypted. As soon as a user disconnects the computer from the unit, it disconnects the unit.”

In a frequently-asked-questions document, RiT spells out other security characteristics. “IWON’s security features operate at multiple levels,” the company says. “Physically, the signal is a collimated unrecoverable infrared beam; it emits no radiation so is not susceptible to remote eavesdropping in the way that copper can be (with RF radiation). The fiber connection to the central station is monitored for power drops, to recognize attempts to tap the connection, and user stations are automatically shut down when disconnected. Other security features include controlled user and unit IDs, MAC and IP address authorization, VLANs and colored ports.”

As Ben Eshay stated during the interview, RiT Technologies has turned its focus away from structured cabling systems and toward network management and intelligence, particularly over the past year-plus. RiT first became known to many in the cabling industry as the initial provider of intelligent infrastructure management (IIM) systems as far back as the 1990s, when the technology was often called—and in some ways limited to—“intelligent patch panels.” RiT has not abandoned that concept as it has made this strategic transition. IWON integrates the company’s DCIM software, which includes IIM capabilities that enable the system’s physical and logical network topology and devices to be detected and mapped automatically.

Ben Eshay concluded, “We have been working at an accelerated pace to bring these groundbreaking new technologies and products to market as quickly as possible. We are excited to enter the final stage of the effort and look forward to an on-time launch in the second quarter of next year.” ::