During the past 20 years I have been involved as a technical expert in 20 lawsuits or actions prior to lawsuits. 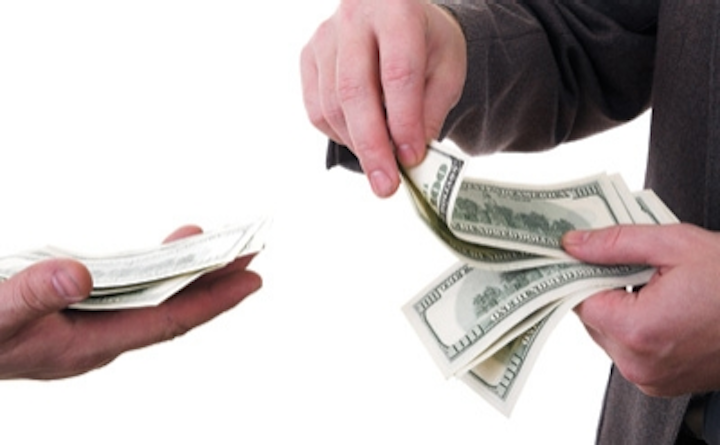 From the June, 2012 Issue of Cabling Installation & Maintenance Magazine

How to avoid these types of lawsuits altogether, and minimize the potential damages when a suit is filed.

During the past 20 years I have been involved as a technical expert in 20 lawsuits or actions prior to lawsuits. This involvement with installation, product and patent issues has demonstrated 15 lessons important to installers and managers involved with fiber-optic installation and products. In this article, I present a review of these lessons.

All cables are susceptible to breakage. The form specific to underground cables is (a very rapid) “back hoe fade,” or unintentional severing of a cable by a back hoe or other piece of construction equipment. This situation leads to three lessons. One lesson involves the handling of the breakage situation. Snagging, breaking and burying a broken cable are not viable solutions. Logic and/or witnesses will identify the responsible party. Guaranteed.

A second lesson involves the minimum action taken prior to construction. At this time, the installer can document the marked cable locations. Without such evidence, defense will be difficult and expensive.

A third lesson is photographing the incident. Almost everyone has a cell phone or a digital camera to document this situation. At the time of a cable hit, the installer can document actual locations and depths. With photographs before and after, the actual position of the cable will be known. If the cable is not located in the position or at the depth that its owner has indicated, the installer may not be liable for the damage.

In one, somewhat humorous case, a client hit an unmarked 4-kilovolt underground power cable while trenching a fiber-optic cable. While all present were watching the steam rise from the ground around the broken power cable, the cable-marking technician returned. In the presence of all, he stated, “So that’s where it is. I could not find it and did not mark it.”

Whenever a high-capacity fiber-optic cable is broken, there is lost capacity, at least in the absolute sense. While this lost capacity is technically real, it may not result in lost revenue. While there are situations in which inclusion of a charge for “lost” revenue is justified, there are at least two situations in which such inclusion can be challenged and rejected. In one situation, some protocols, such as SONET (Synchronous Optical Network), require significant time to implement, either as additions to or changes in capacity. If the time to repair the cable is less than the time to implement additions or changes, the cable owner would not have had the opportunity to provide the capacity. Hence, no revenue would have been lost. The lesson (number four) was: Verify the ability to offer the capacity in less than the repair time.

In a second situation, some protocols—and we can use SONET as an example again—can be configured with automatic switching to a backup path. In SONET, this switching time is less than 50 ms. With such rapid switching, capacity and revenue are not, in fact, lost. The lesson (number five) was: Verify loss of revenue.

Regardless of liability, a broken cable has repair costs. However, some repairs include changes or improvements to the link to reduce repair time or increase ease of future repairs. Such additional costs may not be the responsibility of the organization that broke the cable. The lesson (number eight) is: Scrutinize the repair cost details to ensure exclusion of increased costs due to link changes or improvements.

When stressed, cable with different designs can distribute the damage over different lengths. This difference results in a difference in length of cable that must be replaced after being damaged. One common design is the multiple-fiber-per-tube design, with 6 or 12 fibers per buffer tube. When “found” by a back hoe, a common practice is to remove 20 feet of cable from the broken ends. However, other designs may not limit the damage to this short distance. For these designs, it may be necessary to replace hundreds of feet. The lessons (numbers nine and ten) were: Test the cable with an optical time-domain reflectometer (OTDR) to determine if optical attenuation has increased as a result of back hoe fade. Replace the length that exhibits an increase.

The vagaries of “equivalent”

During a period of long delivery times, a client changed his cable specifications from “manufacturer X” to “equivalent to manufacturer X.” With this change, the client was able to meet his desired installation schedule. During installation and for the next six months, all went well. Thereafter, the installed cable exhibited fiber breakage inside the splice enclosures without any activity in the enclosures. Inspection of the enclosures revealed that the loose buffer tubes kinked, even when properly routed in the enclosure.

Unfortunately for the client, there were two problems. First, the word “equivalent” applied only to the cable. Second, this word did not apply to the cable when it was installed in the splice enclosures. The “equivalent” cable had dimensions and optical characteristics that were approximately the same as those of the cable from manufacturer X. Unfortunately, when placed in the client’s standard enclosure, this “equivalent” cable did not have the same behavior as that of cable from manufacturer X. In addition, the fiber in the equivalent cable did not have the same chemical performance as that of manufacturer X’s cable.

The lesson (number eleven): When using the word “equivalent,” equivalence must be specified in a manner that reflects both the product, as a product, and the product as it is to be used. With a proper definition, this suit may not have gone to court, where the client won.

In one case, my client was charged with installation of products unsuited to the environment in which the products were installed. Review of the product data sheet on the manufacturer’s web site showed the products to be appropriate. A conversation with the product manufacturer revealed that the data sheet was in error. (Shortly thereafter, the data sheet disappeared from the web site.) Lessons (numbers twelve and thirteen): The party that is easy to sue may not be responsible, or have the deepest pockets.

Occasionally, test results can appear unreal. In one case, all the insertion loss test values were below the values calculated with theoretical minimum attenuation rate and typical connector losses. The suspicion was that the testing personnel had not performed the insertion loss test according to approved test methods. The lesson (number fourteen) was: Specify the test method to be used (e.g., Method B of TIA/EIA-568-C).

In a second case, all cables were exactly the length ordered. While this is possible, it is unlikely that 60 individual cables all would be the exact length ordered. Even cable length measurement equipment has some inaccuracy. My client requested OTDR test results, which were required by the purchase order. The supplier could provide neither these traces nor the identity of the individual who conducted the tests. The lesson (number fifteen) was: Require OTDR traces and review them prior to cable installation.

Of course, it is better to avoid lawsuits altogether. Avoidance of lawsuits requires common-sense actions as part of the purchase order, the receiving process, and prior to installation. Minimization of damages requires detailed analysis of the claims, to ensure their accuracy. Finally, the language of requirements needs to include definitions of common terms (e.g., “equivalent”) to establish a common understanding. Without such an understanding, problems and increased cost can occur.

ERIC R. PEARSON, CFOS, is president of Pearson Technologies (www.ptnowire.com) and the author of 6 fiber-optic text books as well as 12 training programs. He has been active in fiber-optic communications for 34 years and has attained the status of Master Instructor from BICSI and the Fiber Optic Association. His activities have included business analysis and startups, technical consulting, training, and engineering and design of fiber networks.