BlueKote finish makes the fitting’s interior slick, so that less force is needed to pull wires. 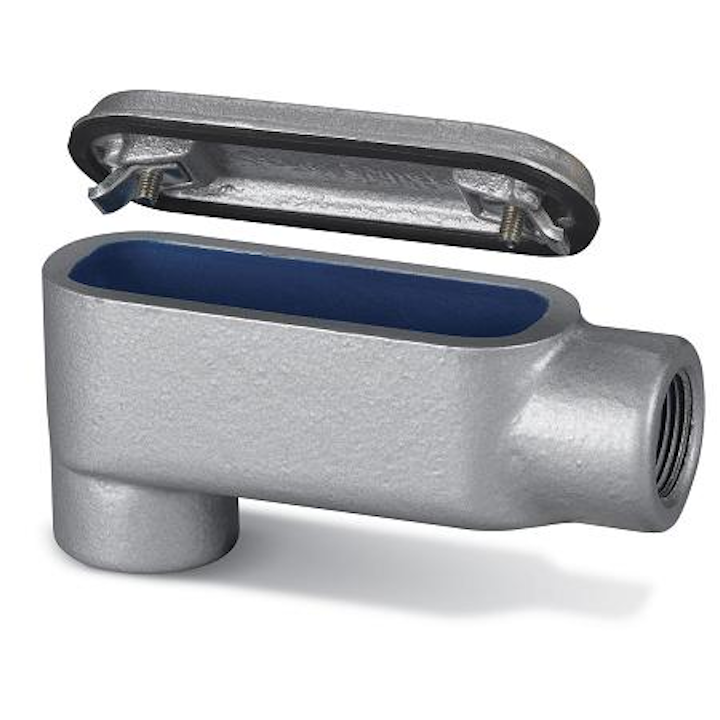 The T&B Fittings Form 7 and Form 8 conduit outlet bodies from Thomas & Betts (NYSE: TNB) feature the company's interior BlueKote finish, which creates a smooth surface that facilitates wire pulling and prevents wire damage, while also providing an additional layer of corrosion protection. The BlueKote finish is in addition to three layers of interior and exterior protective coatings, including two layers of epoxy.

“The BlueKote finish makes the fitting’s interior slick, so that less force is needed to pull wires,” says Bogdan Diaconescu, product manager for Thomas & Betts. “This makes installation faster, and reduces the risk of strain on the installer.”

See Also:Retrieving a weighted string from an uninsulated wall

1. Zinc electroplating, which protects the cast-iron body from rust and rust creep;
2. Baked-on epoxy powder coating, which penetrates the cracks and crevices of the body’s surface, is scratch resistant and tolerates exposure to harsh chemicals;
3. Baked-on epoxy paint, the final exterior layer that provides additional corrosion resistance. The final, baked-on BlueKote layer on the body’s interior not only facilitates wire pulling, but also provides an additional layer of corrosion protection.

The multiple layers of protection enabled BlueKote Form 7 and Form 8 Conduit Outlet Bodies to exceed industry standards for conduit outlet bodies in a five hundred-hour, five-percent salt-fog chamber test, according to the company.