A converted courthouse in Indiana enlisted a Brivo system to retain control of four entrances. 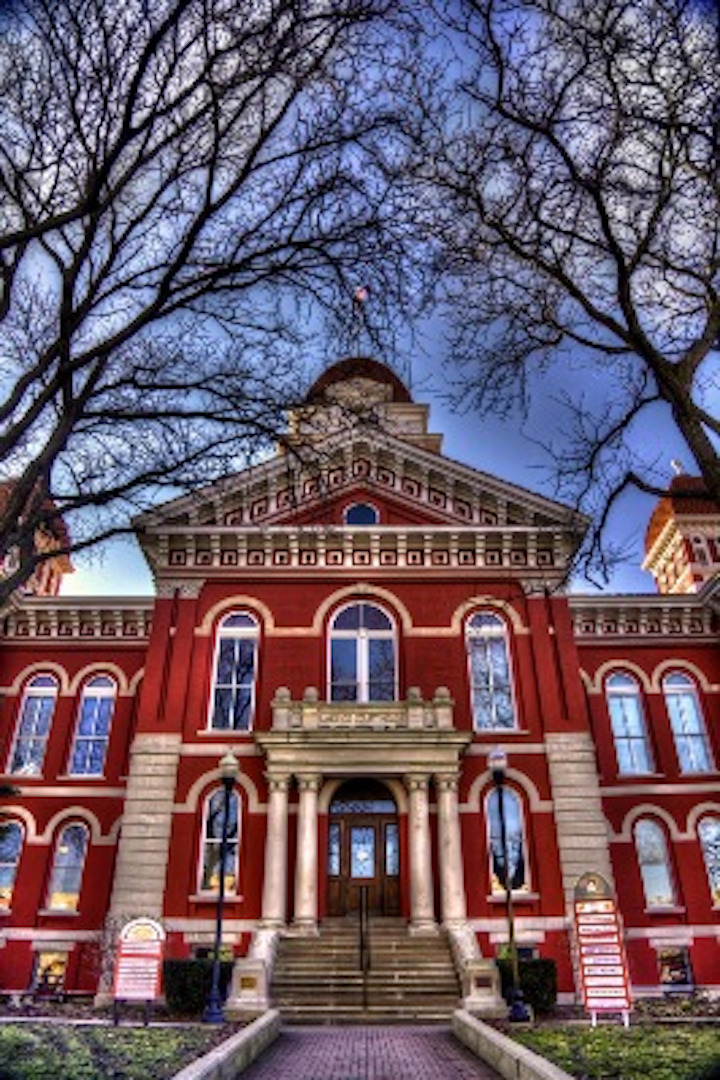 A Brivo ACS WebService access-control system provides cloud-based management, including remote management, for this historic courthouse in Crown Point, IN, which is now a mixed-use facility accessed by hundreds of people daily.

Brivo Systems LLC recently announced its cloud-based ACS WebService access-control system has been installed at a facility in Crown Point, Indiana that converted from being a courthouse to a mixed-use facility. As Brivo explains, the town of Crown Point built a new courthouse complex, after which time the historic courthouse “was transformed into a three-story mix of retail, offices, ballroom function space and a still-functioning courtroom. Security for the remodeled historic courthouse remained standard lock and key, and that’s where the problems began.

“For the new mixed-use complex, someone had to manually open all four doors each morning and re-lock them 6pm each evening,” Brivo further states. “After-hours access for events was needed, as a way to grant after-hours access to the businesses that maintained offices in the upper floors.”

Integrator Phil and Son was enlisted to evaluate the situation, specify and install a new system. Phil and Son’s Allen Pante recalls, “Once retail and event-rental operations started up, there were so many people coming and going but somehow access had to be managed for all these different and growing needs.” The facility’s managing agent, the Crown Point Courthouse Foundation, “wanted access card control, add-and-delete capabilities, remote access, and to provide specific access privileges,” Pante explains. “And the retail shop owners wanted a lot more—door scheduling, and to be able to change and add system features.”

Pante credits the Brivo ACS WebService system as having “the flexibility for future needs” as well as the ability to solve the here-and-now issues. “The building’s internal network is outsourced, so we needed a solution that wouldn’t compromise the network,” he says. “It was clear the Brivo system would allow the foundation to expand and do whatever the board members could dream up.” The system manages the four main doors as well as two restroom entrances. It manages access for more than 100 users daily and nearly 200 users for after-hours events and/or office access.

Additionally, Brivo explains, Phil and Son has helped the foundation staff to create separate groups with specific access for the retailers that are on the basement level, as well as clients on the second and third floors, foundation management, service providers, cleaning crews, and volunteers. The main doors automatically unlock each morning and relock each evening. Specific access is programmed for weekends, as well as to provide specific access for each special event that takes place in the ballroom after hours.