“Carrier Ethernet is now a permanent, inseparable part of service provider networks, and the market has reached a steady state of investment as a result,” says Michael Howard, co-founder of Infonetics Research. 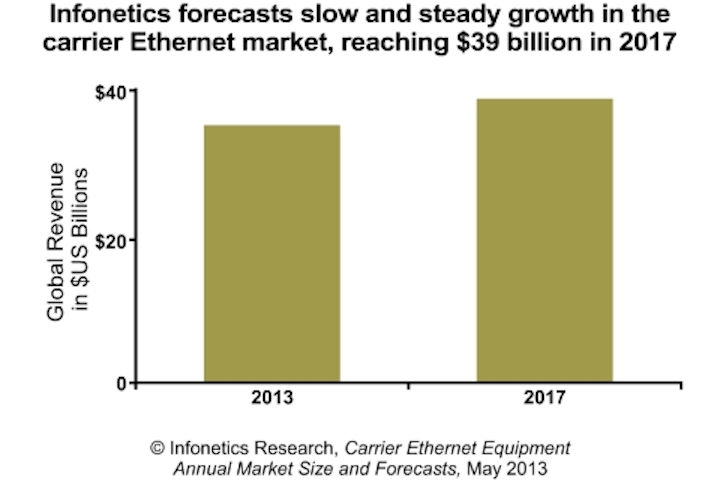 He adds, “Though spending on legacy technologies like SONET/SDH and WDM will decline, investment in IP routers, Carrier Ethernet switches, and Ethernet access devices will continue to rise, driven by the move to IP NGN and, of course, growing traffic -- particularly video traffic."