Part One of CablingInstall’s video interview with Cisco Distinguished Engineer Peter Jones, chairman of the erstwhile NBASE-T Alliance, which in April 2019 became one with the Ethernet Alliance. 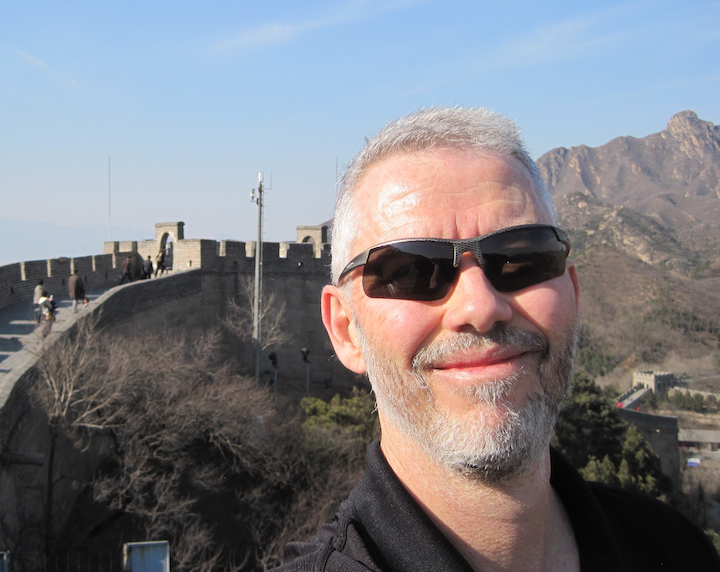 Welcome to Part One of CablingInstall.com’s video interview with Cisco Distinguished Engineer Peter Jones, chairman of the erstwhile NBASE-T Alliance, which in April 2019 became one with the Ethernet Alliance.

Through this merger, NBASE-T Alliance resources, activities and members are now consolidated into the main body of the Ethernet Alliance as it sharpens focus on mainstream BASE-T Ethernet technology. Commented Jones, “In just over four years, the NBASE-T Alliance member companies helped build consensus within the IEEE 802.3 Ethernet Working Group, enabling approval of a new 2.5G/5G Ethernet standard, and deployed the technology so it is now entrenched in multiple markets well beyond our target industries.”

In our interview, Jones adds, “The Alliance…succeeded big-time, because we got a standard through in less than 2 years, and that group has now transitioned to its next stage. It’s a bit like going from a caterpillar to a butterfly – we’ve matured, and now we’ve gone home into the Ethernet Alliance. We’ve developed, effectively, the market and technology ecosystem -- and now it becomes part of the mainstream Ethernet story.”

More highlights from Part One of the interview are as follows:

Cabling Installation & Maintenance (CIM): On the website we just published an article from Fluke’s Mark Mullins where he states that, pretty much, for new buildings, they can’t recommend [installing] anything other than Cat 6A, but meanwhile there’s still tons of Cat 6 and Cat 5e everywhere…

Peter Jones (PJ): “Let’s be clear, I’m sort of speaking as the ex-head of the NBASE-T Alliance, and a bit of the Ethernet Alliance, but mostly as me. When Cisco started on this journey a very long time ago, we were looking forward to seeing, what are we going to do with Access Points when they go above a Gig? At the time this was pretty interesting, because Access Points were sitting around 100-Meg. But clearly, the idea of saying we’re going to go to 10GBASE-T with 6A was not credible for a bunch of reasons. Firstly, there was not enough 6A out there in the world. And as you know, people don’t upgrade cabling just to put in a new Access Point.”

PJ: "The standards world has a habit of having fights about things that matter to people inside the standards world, but not so much outside. The example of this would be .11n where there was two ways to do it. The vast bulk of our customers actually don’t care if we deliver our bits by carrier pigeon, but of course to us it’s really important. And I think the reason [the NBASE-T Alliance] were able to succeed was that we focused on the story to the user, and not on the story of what the technology was."

PJ: "When we started, we didn’t really know what the [world’s] cabling infrastructure looked like, but we thought we had an idea. And then we did some collaborative work with a number of companies, and we went to talk to BSRIA – you’re familiar with BSRIA, I assume?"

PJ: “We talked to Lone Hanson, who’s a lovely lady out of England. At that stage, we got back some data around 2014-2015, where basically, they looked at cables sales worldwide and per region over the last, I think it was 10-15 years, and then looked at replacement rates and average drops. At that phase, they came out with their estimate that, of the 1.4 billion outlets installed, 1.3 billion were [Category] 5e and 6. The surprise at the time was that it was quite that skewed, and also that there was more 6 out there than 5e. So NBASE-T Alliance did a webinar with Lone a little while ago – and we’re STILL selling more 5e and 6 than we are 6A.”

PJ: "Part of the story is, the way I think of it is, in almost all businesses, there’s a low, a middle, and a high product, right? You can normally sell people a little bit more than they need. For a long time, there was a no belief that you need more than a Gig. You mentioned earlier that NBASE-T Alliance and even Fluke are recommending that you should go 6A, we actually recently published a white paper, and part of it was to look at what the current best practice cabling recommendations give you. Because there has been discussion to say, Access Points are going to go really, really fast – and so maybe we need to go to like a 25-Gig solution.

"The authors for this were people from CommScope and Panduit and Fluke (and Mr. Zimmermann of course) and we took a look at what you currently get. Now, if you implement two 6A [connections] to every Access Point, which is the best recommendation, you get a couple of [choices]. Clearly you get up to 10-Gig if you ever need it. The other thing that they normally recommend you do is run the two cables…to a service loop, and maybe the service loop is 3 to 5 meters. So the two cables get you one big advantage, which is, that if one HAPPENS to go wrong, you just change the end devices, you change the endpoints, which is sort of cool.

"The other choice is, if you have to go fast from that Access Point, you could potentially go and get an access point which would run Link Aggregation – but maybe even more effectively, you could put another Access Point in close to it. So that gives you a great future-proofing story."

PJ: “So yeah, if someone asked me what to put in today, I would say put in 6A. And if they said, it’s a bit more expensive -- then I’d say, well you could either save 5 percent now, or you could be prepared to come rip your walls out later on. Or you could be prepared just to say ‘No’ a lot. I don’t want to come back in 20 years’ time and have to deal with a large, still-installed base of 5e and 6 – I’d prefer that not to be the case. ”

CIM: But that’s really it. With copper communications infrastructure, most organizations can get to higher bandwidth faster with what they already have…

PJ: "Which to me, that’s increasing the Return on Investment of your asset. I think for too long, we’ve viewed that stuff as like a cost. And it’s like, 'No – it’s not.' If you think the network is a cost, and cabling is part of the network, I can solve that for you, you know, I can make it ‘TC/00’ – ‘I’m gonna turn the entire network off, and sell it all.’ And then it’s like, 'Oh, now your company can’t work.' [So] that stuff has value.

CIM: Not to go all ‘5G’ on you, but if I were to ask you to connect the dots between NBASE-T and 5G technologies, how would you do that?

PJ: “Effectively, when I look at it, 5G and 11ax -- that’s WiFi6 -- have the same set of problems. They’re promising a lot of bandwidth, density needs to be pretty high, and clearly if you’re in the public domain, you’re looking mostly at 5G. But if you think about it today, even with stadiums, people offload mobile data onto WiFi…so I think you could think about this, in general as, who owns it? So my guess is, to go with 5G inside an enterprise building, you'd probably outsource that to a carrier. If you’re staying ‘with yourself’, I’d expect most people to go with 11ax.” 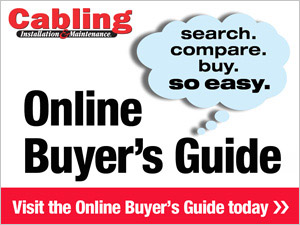