By MICHAEL KLEMPA, UNH-IOL -- Interop ITX came and went like the Bruins’ Stanley Cup playoff hopes, and the NBASE-T Alliance booth saw many new and familiar faces checking out the multigigabit technology. On display was the extensive connectivity of NBASE-T showing that a wide variety of products from multiple vendors can cohabitate in an intricate network.

I work at the UNH Interoperability Lab (UNH-IOL), so I am a little biased when it comes to interoperability. I was excited to be a part of the NBASE-T Alliance Interop ITX team again this year, and to design the topology that we showed off in the booth. With switches, desktops, access points and cables flying everywhere, it looked (and operated) like a true network.

When you walked through the gates of the Mirage Expo hall, you were greeted with large baby blue banners and a pathway to a faster network. Perusing the show floor and keynotes, there were a lot of other great demonstrations covering IoT, security, cloud computing…you name it. But they all seemed to be slideshows and videos. This got me wondering – why was there so little interoperability on display at Interop?

Harkening back to the Interop’s of old, listening to veterans’ tales and finding pocket guides online, the show has changed significantly. True networks used to be created, covering new technologies as they came out. It was cool to find examples like one year when ten different companies at different booths on the show floor, joined forces to create a network. That is true interoperability.

At the NBASE-T Alliance's Interop ITX booth, Bits were flying at speeds ranging from 1Gb/s to 10Gb/s over the long reaches of bundled Cat5e, demonstrating that the multi-vendor devices in attendance could work seamlessly together. And in addition to the worst case bundled cables, a multigig Power over Ethernet connection was also exhibited this year, eliminating the power supply and slow WIFI.

While educating others about the benefits and possibilities of NBASE-T was our main focus, it was interesting to note that our way of doing that – via a true interoperable demo – was one of the only ones on the floor. And it was definitely the largest. We had many attendees make mention of the fact that our demo showcased true interoperability and reminded them of previous Interop events where more of this was available.

The NBASE-T Alliance members at the event spent considerable time and effort contributing towards this successful demo of the working technology, but all agreed it was well worth it. Showing someone how the technology works in the real world is so much more powerful than just telling them. And, while we wish there were more true interoperability demos represented at the show, we were proud to carry on the true meaning and value of the event name. 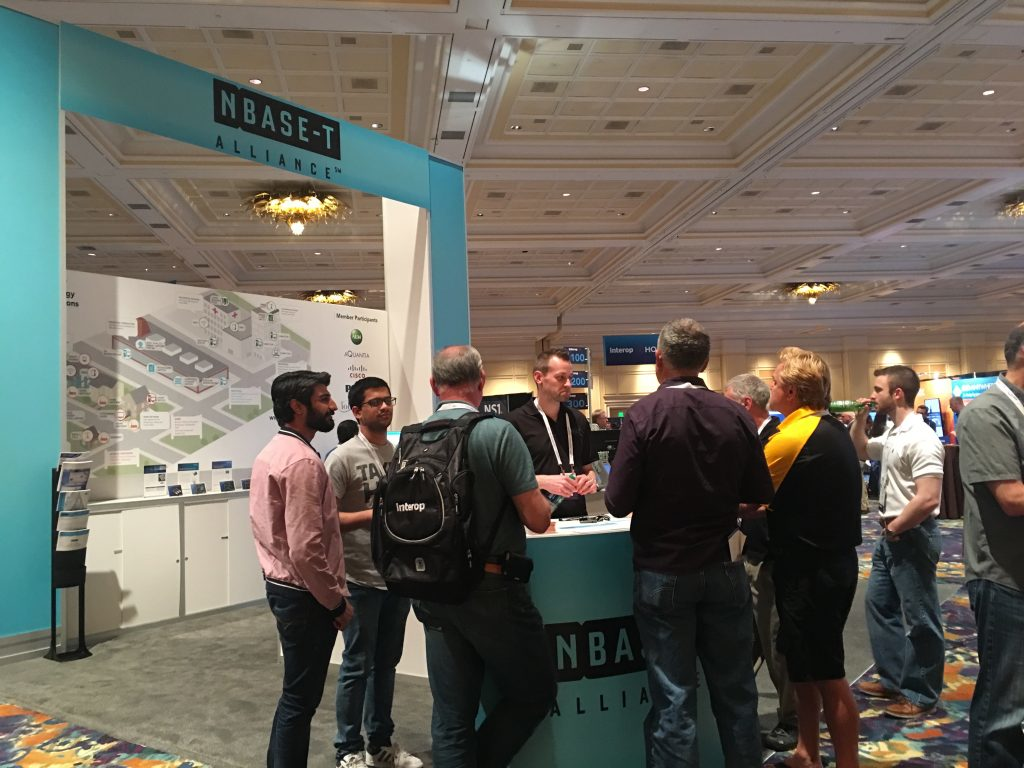 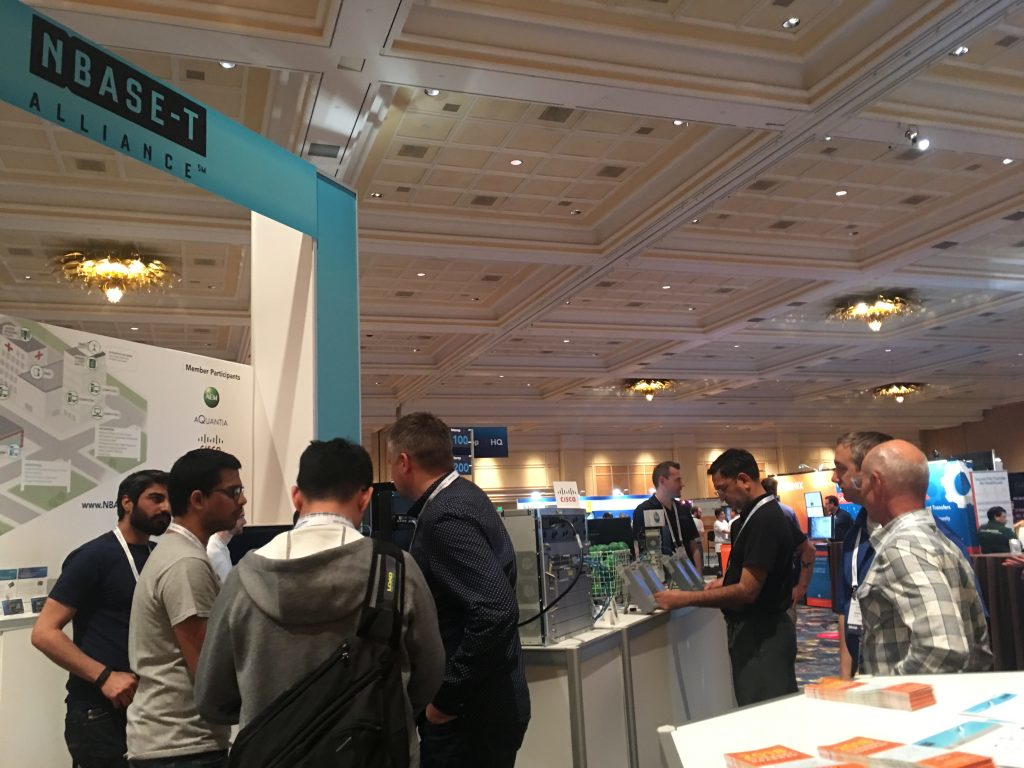