University of Arkansas at Little Rock (UA Little Rock), a metropolitan research university serving approximately 12,000 students and 2,000 employees, has begun a major network upgrade across all of its campuses using the Aruba Mobile First Architecture. 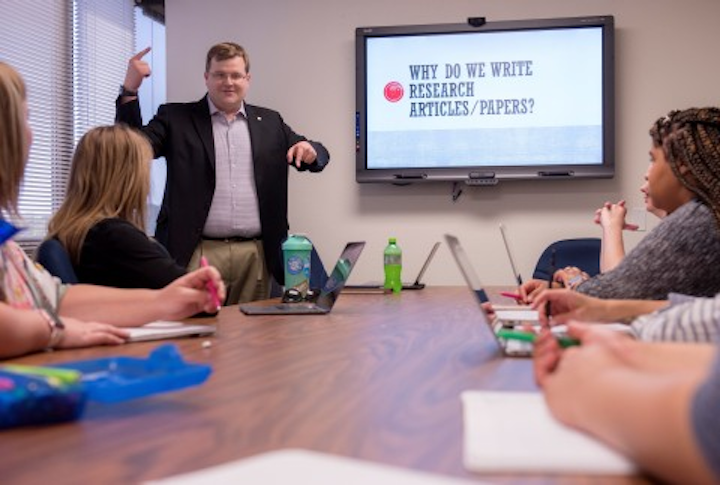 On May 8, Aruba, a Hewlett Packard Enterprise company, announced that the University of Arkansas at Little Rock (UA Little Rock), a metropolitan research university serving approximately 12,000 students and 2,000 employees, has begun a major network upgrade across all of its campuses using the Aruba Mobile First Architecture.

The upgrade is part of the university’s plan to enhance the mobile experience for students, faculty, and staff so that any device is quickly and securely connected from anywhere on campus. Like many universities, UA Little Rock is competing to attract an increasingly tech-savvy and mobile student population that demands pervasive connectivity using a multitude of mobile and IoT devices – from laptops and smartphones to Apple TVs and PlayStations.

The university said it was struggling to address these growing demands across its campuses with its hodge-podge of antiquated equipment from multiple vendors including Cisco and Ruckus. “We were really searching for a long-term partner – not just a vendor – to come in and provide a technology road map, deployment plan and support resources to help our University reach its primary goals,” commented Dr. Thomas Bunton, Interim Associate Vice Chancellor and Chief Information Officer for UA Little Rock.

After an extensive evaluation and vetting process, UA Little Rock chose Aruba for the network upgrade which includes the deployment of approximately 3,200 Aruba Gigabit Wi-Fi Access Points as well as Aruba 303H APs – designed specifically to meet the needs of housing and hospitality environments – in the university’s residence halls, Aruba access and core switches, Aruba network management solutions including AirWave and IMC, and Aruba's ClearPass to securely connect and protect mobile and IoT devices as well as public wired ports.

Ten of the university’s buildings have undergone technology deployment to date including the Donaghey Student Center and attached Rec Center, where students wanted pervasive Wi-Fi to stay connected and stream their music while walking around the indoor track. The UA Little Rock library and larger buildings with many classrooms, were the next priority for the roll-out, as well as the University’s residence halls for which the Aruba APs’ fast and easy deployment came in handy.

“We can deploy the Aruba 303H APs in the residence hall rooms while students are on campus because it’s a standard maintenance request,” Bunton explained. “We’ll put a note on the door letting them know we will enter their rooms for about 15 minutes. We don’t have to do any invasive cable pulling, no drilling of holes in walls or placing things in ceilings – we just utilize the standard wall plate and leverage our existing investment in cabling, resulting in fast, simple implementation and reduced costs.”

Bunton noted that like many modern campuses, UA Little Rock is seeing a shift from wired to wireless port consumption, as the dependency on wireless has increased.

“We found that of our 29,000 wired ports on campus, we were only using less than a third, so that’s obviously a huge investment,” said Bunton. “With Aruba’s help, we’ve been able to resize the network, so that we continue to offer wired service, but only with connections that have existed within the past year. By decommissioning two-thirds of the wired ports, we’re saving about two million dollars and can invest more on the wireless side.”

The additional investment in wireless will help UA Little Rock implement critical projects like its Video over IP solution, slated to begin in the fall of 2018. Working with a leading cable provider, the University will have a 10Gbps connection to handle all of the video traffic and give students what Bunton calls “video on steroids”, explaining that much like Netflix, the service will deliver the portability of streaming, along with live television.

The wireless network is also helping UA Little Rock reduce costs associated with its campus virtual desktop infrastructure (VDI) deployment in the Donaghey College of Engineering and Information Technology. Previously, they used traditional thin clients to enable access into the VDI system. With the new wireless network, students can now use their own laptops to connect, reducing the University’s investment in both thin clients and computer lab technology.

Bunton sees the University’s research activities and Emerging Analytics Center as key drivers for IoT. He added, "UA Little Rock researchers, including one of the newest elected members of the National Academy of Engineering, Dr. Carolina Cruz-Neira, are constantly leveraging state of the art technologies like Microsoft HoloLens -- and outside of the analytics center, IoT devices like Apple and Android TVs, Fire Sticks and older devices that don’t use 802.1X authentication such as Nooks and Kindles, must all connect to the network."

According to Bunton, Aruba's ClearPass is critical to the University’s IoT strategy, ensuring that all of these IoT devices can connect to the same network subnet as other mobile devices. “Whether it’s an Apple TV or Alexa device, ClearPass is instrumental in allowing users to connect these devices,” he said. “While many of them don’t speak 802.1X, we still prefer that they’re connected to the network, so ClearPass enables an SSID IoT network and behind the scenes, performs the ‘magic’ that bridges the two networks so they appear as one.”

For the future, UA Little Rock expects to complete its wireless upgrade across all of its campuses, then leverage the network to add new services such as location-based mobile engagement. To learn more, visit Aruba at http://www.arubanetworks.com.