Further delays to the rollout of Australia's National Broadband Network (NBN) due to recent asbestos scares in the project's cabling pits may have been avoided. 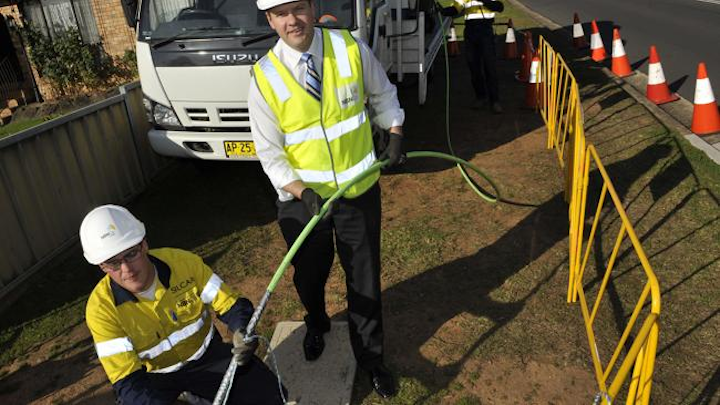 Further delays to the rollout of Australia's National Broadband Network (NBN) due to recent asbestos scares in the project's cabling pits may have been avoided. The broadband Internet provider Telstra is moving to resume work on the project after Australia's Workplace Relations Minister Bill Shorten stated that the telco had told a taskforce set up to oversee the asbestos issue that it would be seeking approval from its board to resume remediation work.

Comcare, the workers' compensation insurer for the Australian Commonwealth Government, also reported to the taskforce that it was satisfied that appropriate actions were being taken by Telstra to address work health and safety for asbestos related hazards. The developments come after a kerfuffle in late May of this year when botched handling of asbestos in cabling pits western Sydney triggered health fears at other NBN sites across the country.

Fourteen independent monitors are being recruited around Australia to report to the government taskforce after checking the safe removal and handling of asbestos-containing materials in the pits. Telstra and the government have insisted the asbestos issues would not delay the rollout, as the pit remediation was working ahead of the NBN work. Shorten said that the government looked forward to the work restarting safely as a matter of priority. "Work on telecommunication pits containing [asbestos] will only resume when training has been completed by employees and contractors," he added.

Full story: Telstra has applied to its board to resume work on cabling pits at centre of recent asbestos scandal (www.news.com.au)