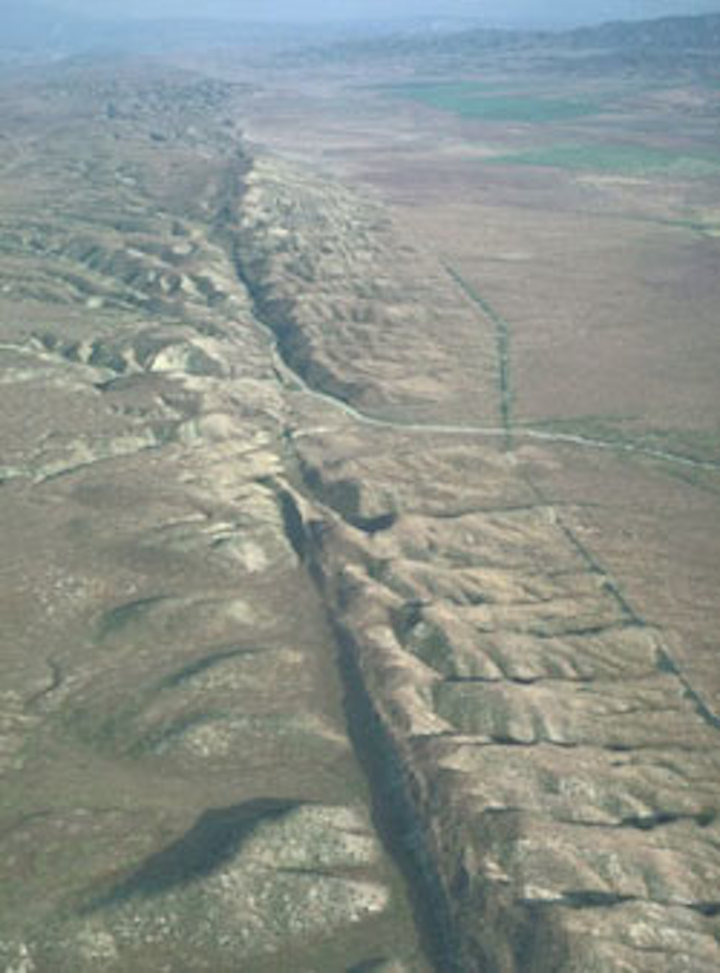 By MATTHEW BLACKETT, The Conversation -- The director of the Southern California Earthquake Center, Thomas Jordan, made an announcement recently that would have sent a chill down the spine of every Californian: that the San Andreas fault appears to be in a critical state and as such, could generate a large earthquake imminently. Of course, the reiteration of the seismic hazard to Californians will be nothing surprising, but what is new is the warning that the southern portion of the fault “looks like it’s locked, loaded and ready to go."

Why is this eminent seismologist making these alarming statements? Well, the fact is that there has not been a major release of stresses in the southern portion of the San Andreas fault system since 1857...In an attempt to understand the effects of a large, southern San Andreas earthquake, the U.S. Geological Survey modelled a 7.8 magnitude event, with slippage of 2-7 meters, to represent the stresses that have built up in the area since the last large event. From this model, it was found that damage would be most severe to constructions straddling the fault. Fortunately, constructions of this sort are few and far between following the 1972 Alquist-Priolo Earthquake Fault Zoning Act.

What would be affected by this slippage, however, are the 966 roads, 90 fiber-optic cables, 39 gas pipes and 141 power lines that cross the fault zone.

The total cost of damage to buildings was estimated at $33 billion, with modern buildings faring well but older buildings being particularly susceptible. Fires would rage – as they did following the Northridge earthquake – as gas mains, and mains water pipes, become severed; in fact, the damage from resulting fires is estimated as more costly than that resulting from the initial shaking.

The overall death toll is estimated at 1,800. And just when things don’t look like they can get any worse, the main event will have destabilised the tectonics of the region to such an extent that a series of potentially powerful aftershocks will begin. For example, in 2011, Christchurch, New Zealand was struck by a 6.2 magnitude event and since then the city and surrounding region have experienced more than 10,000 aftershocks.

Read more at The Conversation