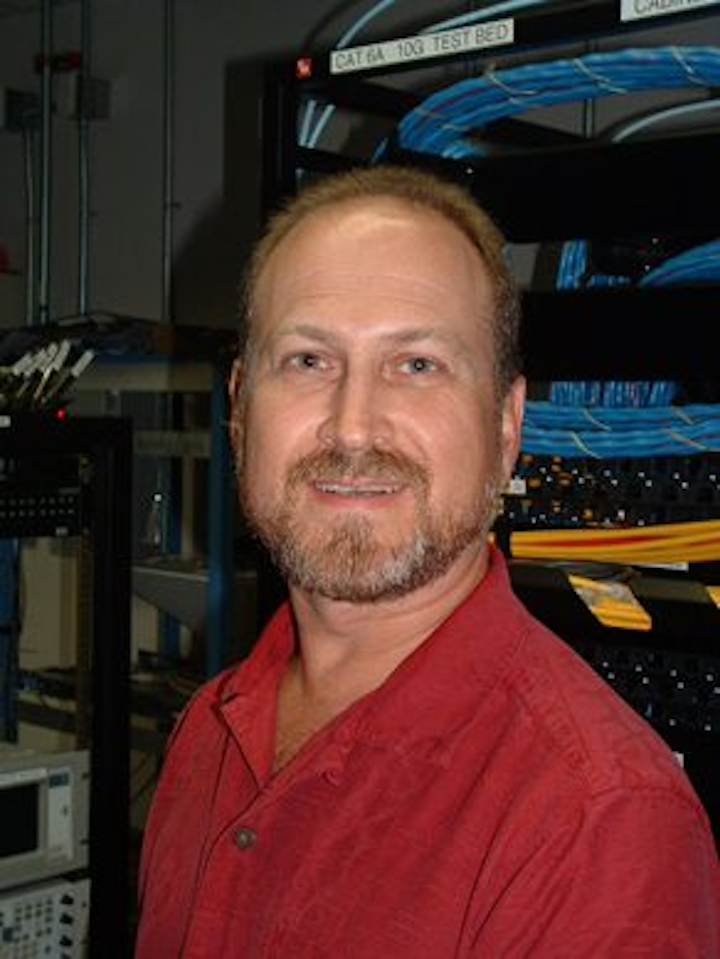 As the Ethernet ecosystem begins to accept the idea of speeds outside the current factor of 10, a new generation of ever-more sophisticated enterprise applications is emerging. From supporting ever-increasing volumes of data traffic over existing infrastructures from wireless access points to the growth in capabilities in hyper-scale computing, the significance of standards in effectively enabling an environment where multiple vendors can interoperate with each becomes self-evident.

Observing the work of recent projects, one can see that IEEE 802.3 is continuing to expand the Ethernet ecosystem by providing standards that meet the needs of well-defined uses and applications. This is somewhat of a departure from the early days of Ethernet, which defined 10-fold data rate increases with every project driven by a “build it and they will come” paradigm. Many recent IEEE 802.3 projects were initiated based upon specific use cases, which helped to define their objectives and bound the solution space. Examples include automotive networks, industrial control, residential access, and server connectivity in mega-scale data centers. Of course, once a technology is available in the market, it is difficult to predict what additional users may adopt it, but by taking the specific uses into account, we have seen in 2014 that going faster is relative to the target application.

Although both of the new study groups are focused on BASE-T technology, they are driven by different use cases that will guide the definition of required data rates and reaches over specific cabling categories. At the most basic level, we are describing the distinction between enterprise office spaces and enterprise datacenters. Let’s look at how each space is driving the technology definition.

Wireless Drives Enterprise Access BASE-T Evolution
The past 10 years has brought a significant change in the way most individuals access their corporate networks. The steep rise in personal computer use in the 1990s coincided with a need to connect those PCs together for data transfer, and local area networks (LANs) grew in popularity as a result. The majority of those LANs were based upon Ethernet running at 10 Mbits/sec, 100 Mbits/sec and eventually 1000 Mbits/sec over twisted pair cabling – 10/1000/1000BASE-T. In the 21st century, however, users’ computing devices have been migrating from stationary PCs to mobile laptops, tablets, and smartphones. The need for mobility is transforming the LAN access technology usage from wired Ethernet to wireless based upon IEEE 802.11, also known as Wi-Fi. However, wireless LAN is typically only employed as the end-user connection through what is known as the access point (AP). The AP itself connects into the corporate network, predominantly via 1000BASE-T wired Ethernet. The added advantage of that 1000BASE-T uplink is that DC power can be delivered over the same cable to power the AP using Power over Ethernet, PoE.

The development and deployment of IEEE 802.11ac™-2013 standard is enabling greater wireless access capabilities, but is also putting more pressure on the supporting wired infrastructure. Furthermore, today the existing infrastructure is predominantly populated with Cat 5e and Cat 6 cabling. These factors are driving the proposal to standardize higher-rate BASE-T physical layer specifications for Cat 5e and Cat 6 cabling. In new installations the application could be addressed today using 10GBASE-T and Cat 6A cabling, however, the installed base of Cat 5e and Cat 6 is so overwhelmingly large that the market is driven to cost optimize a solution for faster speeds over that existing infrastructure.

The ratification of IEEE 802.11ac-2013 marked the beginning of the Gbit/sec era of WLAN technology. IEEE 802.11ac-based access point products offer an array of implementation options that affect data bandwidth available to each wireless client and the bandwidth required from the Ethernet link. It is likely a mix of AP products will continue in the market and will require a range of uplink data bandwidths. Certainly uplink bandwidth needs will exceed 1 Gbit/sec, and APs are already in the market that meet the need by using multiple 1000BASE-T uplinks. However, leveraging multiple links to increase capacity can be inefficient and costly if additional cables are not already installed.

Thus, extending the useful life and data capacity of installed base of Cat 5e and Cat 6 twisted-pair cabling is a high priority because of the cost associated with retrofitting additional cables. Longer term, however, the access point uplink requirements will exceed 5 Gbits/sec, and 10GBASE-T becomes the logical choice. That’s why TIA’s TSB162-A: “Telecommunications Cabling Guidelines for Wireless Access Points” recommends Cat 6A cable for the AP uplink. Because labor cost typically exceeds material cost for cable installation, it makes sense to plan ahead for the bandwidth needed over the life of the project and utilize Cat 6A for new installs.

Given the per-port data rate requirements noted above, the two data rates that the Next Generation Enterprise Access BASE-T PHY study group is anticipated to propose are 2.5 Gbits/sec and 5 Gbits/sec. The group has strong consensus that 2.5 Gbits/sec can be achieved cost effectively on 100 meters of Cat 5e, and 5Gbits/sec on 100 meters of Cat 6. There is also great interest in seeing 5 Gbits/sec supported over Cat 5e, but more technical work is needed to confirm the feasibility of that objective.

The specific modulation scheme to address these objectives has not yet been finalized, but signs indicate that that the effort will leverage technologies already standardized in 10GBASE-T (IEEE 802.3an™-2006). Many of the features utilized in 10GBASE-T (such as PAM16 modulation, LDPC forward error correction, THP transmitter equalization and many crosstalk cancelling techniques) can be repurposed for 2.5GBASE-T and 5GBASE-T primarily by slowing down the signaling rate. The lower rate of operation, in turn, reduces the frequency bandwidth required, enabling the solution to work on the existing Cat 5e/Cat 6 cabling.

Enterprise Server Room and Data Centers: The Roadmap for 25/40GBASE-T on Common Infrastructure

In contrast to data centers run by cloud service providers, which have already made the leap to 10GbE for server connections and are now eyeing 25GbE, enterprise-owned servers and data centers are still largely utilizing 1000BASE-T connections for server access and just making the transition to 10GbE. There are significant differences between enterprise users and cloud service providers that influence their priorities in selecting networking gear. BASE-T’s ability to run multiple speeds of Ethernet on the same infrastructure (connectors and cables) and use autonegotiation to select the best operating speed in common has helped enterprise users deploy additional capacity in an incremental fashion to meet IT needs on limited budgets.

As bandwidth needs exceed 10 Gbits/sec, 25G/40G BASE-T efforts will address enterprise server room and data center application requirements, using similar modulation techniques for the respective specifications. Largely based upon 10GBASE-T signaling whose data rate has been sped up four times, the 40GBASE-T project took a hard look at the 100m reach convention used for prior BASE-T PHYs. With server-to-switch connections as the target use for 40GBASE-T, 30m reach was seen as sufficient for installations using middle-of-row or end-of-row placement for switching equipment.

Supporting this 30m-reach objective and the 40-Gbit/sec data rate, IEEE P802.3bq 40GBASE-T Task Force has been collaborating with cabling standards organizations on defining Category 8 cabling specifications. Although first defined for 40GBASE-T, Cat 8 is also anticipated to be the target channel for 25GBASE-T, which raises some interesting points. It is expected that analysis of 25GBASE-T on Cat 8 will show that it is generally an easier problem to solve than running 10 Gbits/sec on 100 meters Cat 6A. This means that the cost per bit, and power per bit, of 25GBASE-T products could decline quickly to rather economic levels. Secondly, this is the first time that IEEE 802.3 has specified two new higher-speed BASE-T PHYs that run on the same cabling system. This creates an inherently long life roadmap for Cat 8 cabling system: use it for 1000BASE-T or 10GBASE-T today, and the same infrastructure can be reused in the future for 25GBASE-T or 40GBASE-T operation.

The Investment in 10GBASE-T as a Technology Platform

The underlying technology enabling 10GBASE-T has become a technology platform adaptable to new uses and data rates. The run rate of 10GBASE-T ports in servers and switches is now at several million units per year and continues to grow. Investment in technologies that enable 10GBASE-T is paying off as new data rates leverage this work to be rapidly developed. Using similar modulation techniques we can go faster for server access needs with 25G/40GBASE-T, and extend the useful life of installed cabling with 2.5/5GBASE-T.

As with all IEEE 802.3 standardization efforts, work being done on all new BASE-T specifications will support and maintain the vibrant ecosystem that has facilitated Ethernet’s continued expansion and evolution. The Ethernet ecosystem continues to flourish by assuring the creation of open, common specifications and because of the support of organizations like the Ethernet Alliance. As the industry voice for Ethernet, the Ethernet Alliance is dedicated to promoting greater interoperability, usability, and awareness of this essential technology, the opportunities for the ecosystem’s continued growth and success are vast.