The multi-source agreement specs define 40- and 100-Gbit/sec transceivers over multimode fiber including OM3, OM4 and OM5. 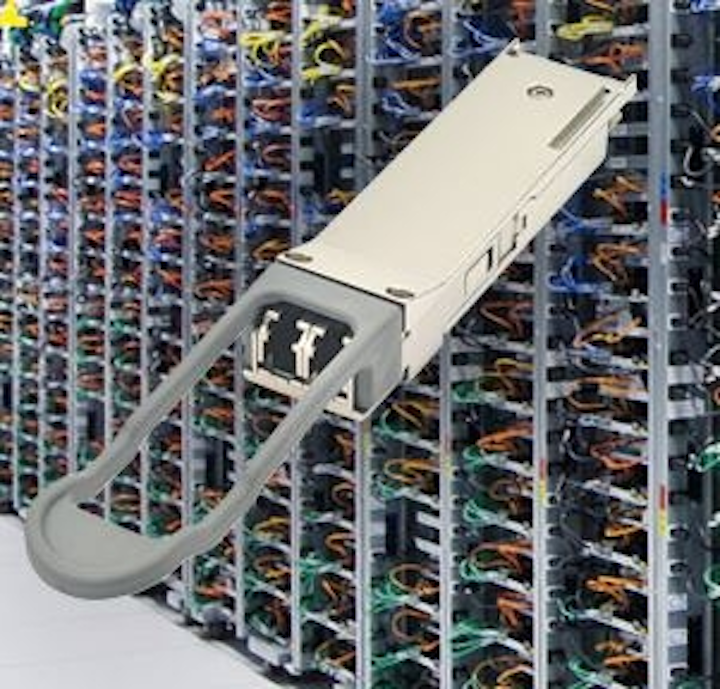 “MMF is by far the most common type of fiber deployed in data centers today because it allows for the use of low-cost, VCSEL-based transceivers,” the group said. “Most data centers originally deployed 10-Gbit/sec optics with duplex multimode fiber, and this paradigm is now being continued with 40- and 100-Gbit/sec signals. Use of SWDM allows the same type of duplex multimode fiber infrastructure to be used for higher data rates, greatly simplifying the upgrade of data rates at both enterprise and cloud data centers.”

The 40 GE SWDM4 and 100 GE SWDM4 specifications support transmission over duplex OM3, OM4 and OM5 multimode fiber types. Maximum reaches vary from 75 to 440 meters depending on data rate and fiber type. The group added that in the future, SWDM technology could be leveraged to enable 200-, 400-, and 800-Gbit/sec Ethernet traffic on multimode fiber cabling as well.

CommScope, Finisar, Lumentum, Hisense, OFS and Prysmian are the SWDM MSA’s founding members. The MSA is affiliated with the SWDM Alliance, which is an industry group dedicated to the adoption of SWDM technology in data centers. The SWDM Alliance includes the SWDM MSA’s founding members as well as Anritsu, Corning, Dell EMC, H3C, Huawei, Juniper Networks, Panduit, Suruga Seiki, and YOFC.