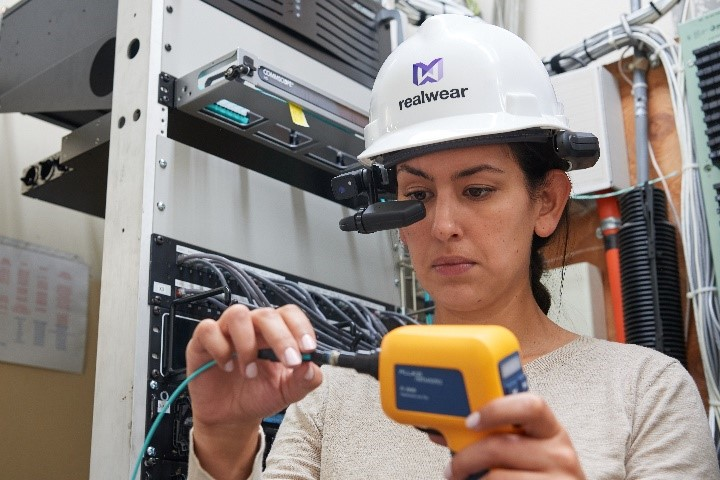 At the BICSI Fall Exhibition, Fluke Networks demonstrated a prototype setup in which it paired its FI-3000 FiberInspector Pro MPO camera with a RealWear HMT-1 wearable rugged Android tablet.

At the BICSI Fall Exhibition, which took place September 30-October 2, Fluke Networks demonstrated technology that offers technicians a “third hand” during the fiber-inspection process. The company combined its FI-3000 FiberInspector Pro (which received a Cabling Innovators Award at the show) with a RealWear HMT-1 wearable rugged Android tablet in a prototype demonstration at its booth.

In a blog post leading up to the show and the demonstration, Fluke Networks’ Mark Mullins explained, “Sometimes it seems like you need an extra hand when you’re testing. For example, when using our FI-3000 FiberInspector Pro MPO camera, you need a hand to hold the connector, a second to hold the camera, and a third to run the phone or Versiv unit to view the images. Most of the time it’s not a big deal. For example, once you get the cable connected to the camera, you’ve got a free hand to operate the phone or Versiv. But it could help productivity in some cases if you had that third hand.”

He then explained that in its efforts to address this ease-of-use issue, Fluke Networks teamed up with RealWear of Vancouver, WA to develop the “hands-free” solution using a RealWear HMT-1 wearable rugged Android tablet (pictured, in use). 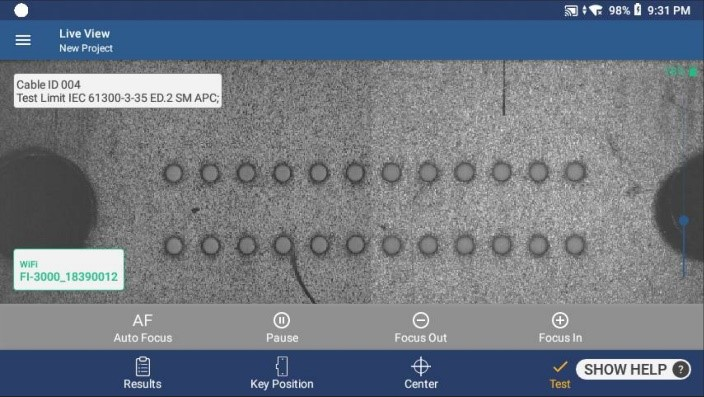 In Fluke Networks' prototype demonstration, a FiberInspector Pro user can employ voice commands to zoom in and pan across an entire MPO endface.

Mullins explained the tablet is “a head-mounted Android device, with a high-resolution micro display that fits just below the user’s line of sight and views like a 7-inch tablet. That allows you to look down at the display and look up to see what you’re working on. It features advanced voice recognition with four microphones for control even in noisy environments.” Because it operates from -20 to +50 degrees Celsius, and is resistant to dust, water, and drops, it can work just about anywhere.

The demonstration at the BICSI exhibition “allows customers to control the FI-3000 through the HMT-1’s advanced voice recognition command system using the Android version of the FI-IN application, Mullins further explained. Users can focus the camera manually or automatically, and initiate an autotest that scans the fibers on the endface, then presents a pass/fail result indicating whether the endface is clean per IEC 61300-3-35 standards. The user can see the endface in the head-mounted display and use the voice commands to zoom in and then pan across the entire endface by moving his or her head.

Fluke Networks’ objective in demonstrating this capability at the BICSI show was to get feedback from users to see if there is enough interest to pursue this capability as a fully developed product—for fiber inspection or other applications.