Extreme Networks is the Official Wi-Fi Solutions Provider of the NFL, delivering high-density Wi-Fi or Wi-Fi analytics solutions to 25 NFL teams, and during the past six Super Bowls. 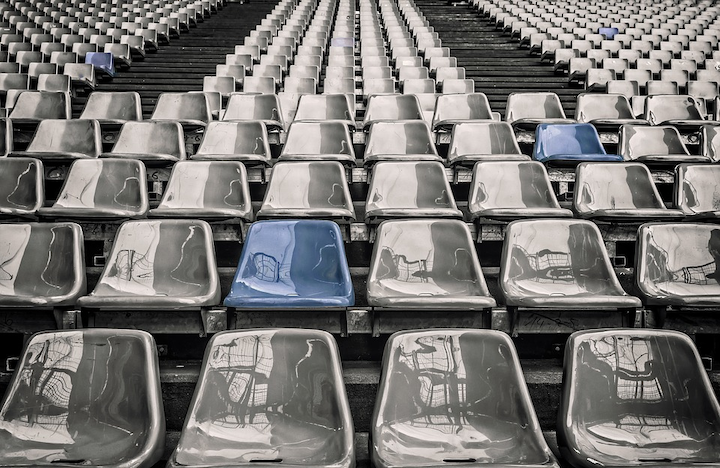 Extreme NetworksExtreme Networks (NASDAQ: EXTR) on Jan. 14 announced that the National Football League's Tennessee Titans have upgraded their stadium to support Extreme's Wi-Fi 6 platform, which will provide tens of thousands of fans with faster speeds and higher-performance connectivity on game days.

Since deploying Extreme's Wi-Fi solutions in 2014, the Tennessee Titans' Nissan Stadium has seen an immense growth in network capabilities. By upgrading to the company's ExtremeWireless Wi-Fi 6 access points and ExtremeSwitching technology, the Titans note they "have jumped three generations of technology" and are well-equipped to bring professional-grade, next-generation connectivity to fans at every game, now and in the future.

Extreme Networks is the Official Wi-Fi Solutions Provider of the NFL, delivering high-density Wi-Fi or Wi-Fi analytics solutions to 25 NFL teams, and during the past six Super Bowls. This year marks the seventh season of the Extreme-NFL partnership. Building blocks from Extreme's Elements portfolio are deployed in professional sports stadiums around the world, notes the company, and at more than 17,000 schools and 4,500 college campuses worldwide, powering digital education initiatives and enabling competitive e-sports programs.

Bob Flynn, Vice President of Facilities and Game Day Operations, for the Tennessee Titans, commented: "Wi-Fi 6 is making a lot of headlines, but it's about more than just speed. For us, adopting Wi-Fi 6 is a business imperative, because if our network can't provide a highly reliable, seamless experience throughout the game, our fans will stay home. Our strong 5-year partnership with Extreme Networks made the decision a no-brainer to enlist their help for a full network upgrade to Wi-Fi 6 technology."

At Leeds Beckett University, the university is deploying more than 2,000 ExtremeWireless Wi-Fi 6 access points across its two main campuses to provide high-performance connectivity to 85 buildings, as well as its sports facilities including Carnegie Stadium and Pavilion and The Arena, Leeds Beckett. The new Wi-Fi 6 solutions will run over the University's existing Extreme campus network, where Extreme Fabric Connect will enable automatic configuration of the new access points. The Extreme Management Center application will provide single pane of glass management across the two networks.

Nigel Buckland, Associate Director, IT Operations at Leeds Beckett University, commented: "Migration to an Extreme Networks Wi-Fi 6 environment future-proofs our investment in wireless technology. It provides our modern student community with the fastest and most prolific wireless service available today. This is all part of our University's forward-looking digital initiative."

Meanwhile, through an initiative entirely led by students, West Texas A&M University is among the first universities in the nation to deploy Wi-Fi 6 in its football stadium. With Extreme's Wi-Fi 6 solutions, the university is able to streamline game day operations at its new 8,500-seat stadium, and offer digital fan experiences, such as social sign-in, mobile ticketing, access to real-time stats, and video streaming. Based on early success, the university has also added ExtremeWireless Wi-Fi 6 access points to improve the fan experience in its 5,000-seat basketball arena, the First United Bank Center.

James Webb, Chief Information Officer, West Texas A&M University, commented: "Stadiums are the most demanding Wi-Fi environments out there. We need a Wi-Fi network that is purpose-built for stadiums — Extreme gives us that. As one of the first university adopters of Wi-Fi 6, we're setting the stage for how in-stadium connectivity can be experienced by bringing faster, more secure connections to our students and fans. We now have a future-proof network and a great support team that can help us deliver the most digitally-advanced experiences to our stadium goers."

John Walker, President of Business Operations, Houston Dynamo and Houston Dash, stated: "The rising popularity of soccer in America means that we have more fans packing our stadium than ever before, and we have the opportunity to be true pioneers in creating the MLS stadium of the future. With four times greater network capacity to ensure smooth and seamless game day operations, Extreme's Wi-Fi 6 solutions enable us to bring our passionate digital-native fans the strongest, most immersive connectivity in the industry. We are paving a path to become the leading destination for Major League Soccer in our country along with high-level international soccer competitions, and Extreme is an integral part of that."

Purpose-built for challenging physical environments, the company notes that its ExtremeWireless Wi-Fi 6 access points "ensure seamless, secure Wi-Fi connectivity at stadiums that is up to 40 percent faster than the previous Wi-Fi 5 standard, and stronger connections for real-time social media sharing, video streaming, and mobile app usage, including point of sale applications and mobile ticketing."

John Brams, Director, Hospitality, Sports and Entertainment, at Extreme Networks, Inc., concludes: "We are at an inflection point, as Wi-Fi has never been more powerful than it is today. With the official rollout of Wi-Fi 6, you see professional sports teams and universities on the cutting edge of this new technology as they are hungry to bring more personalized, immersive, forward-looking experiences to their fans. We're proud to be the go-to networking provider in the industry. As the NFL, MLS, Leeds Beckett University, and West Texas A&M University lead the charge, we are committed to building the networks that power the most digitally powerful stadiums of the future."