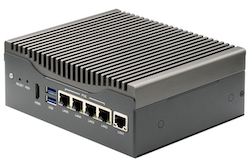 Per AAEON, "The VPC-3350S Mobile NVR provides users with flexibility and customization in every detail of its design. Starting with the processor, the VPC-3350S is powered by the Intel Atom x5 E3940 (formerly Apollo Lake) as standard. Users can opt for more powerful processors, including the Pentium N4200, Celeron N3350 and Atom x7 E3950.

"The core feature of the VPC-3350S is its four PoE ports. The VPC-3350S not only offers up to 60W of power supply for connected devices, but also Gigabit Ethernet speeds. Additionally, the VPC-3350S offers users expandability with up to four mPCIe card slots, allowing the system to scale to project needs.

"The VPC-3350S can even support [the proprietary] AI Core X module, bringing the processing power of the Intel Movidius Myriad X VPU. The VPC-3350S is also built tough, with a fanless design and operating temperature range from -20°C up to 70°C." 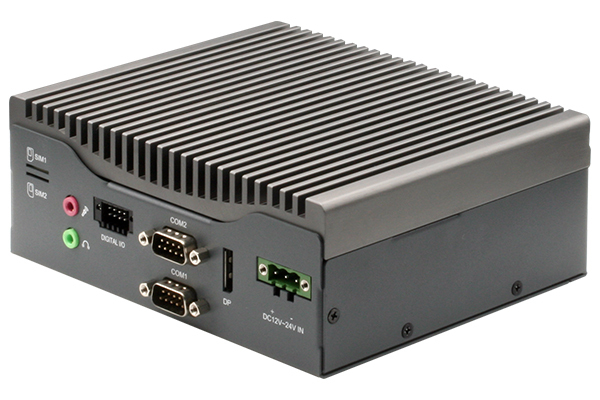 In addition to these two configurations, the unit's modular design allows a broad range of customization options. Customers can opt for different I/O configurations, built-in AI modules, or even voltage inputs up to 72V or 110V. .

“With the VPC-3350S, our customers and clients can enjoy a mobile NVR solution that is built for their needs,” said Josh Chen, product manager with AAEON’s Network Security Division. “The VPC-3350S offers scalability and customization with quick deployment and at a competitive cost.”

Learn more about the product.