Rosendin has announced Matt Lamb as its new Chief Information Officer, after the national electrical and communications contracting firm's outgoing CIO, Sam Lamonica, reportedly started forming his succession plan over a year ago. 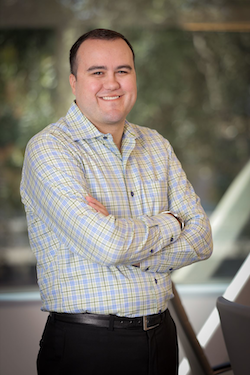 In his new role, Lamb will oversee the firm's entire information system organization, including client services and application teams. Among his priorities will be completing the migration of the corporate infrastructure to the cloud and developing mobile apps.

“Matt has been a key team leader in helping our IT department expand its mission and excel in recent years,” said Tom Sorley, chairman and CEO at Rosendin. “We’re thrilled that Rosendin will continue to benefit from Matt’s experience and leadership as our Chief Information Officer as he helps take our technology efforts to even greater prominence within our industry.”

Lamb was Rosendin's IT Director of Client Services when he was handpicked for his new role by the company's previous CIO, Sam Lamonica, who is retiring in December. According to a Rosendin press release, regarding the appointment, "It was not a quick decision. Lamonica submitted his succession plan to executives and the board in October 2018, which responded with unanimous support."

SEE ALSO:  CIO survey: Tech spending outside IT creates opportunity, but at what risk?

“I am thrilled to step up and help Rosendin move into the future by developing new ways to take innovative designs, like augmented reality, and make them functional to help our men and women in the field be safer and more productive,” commented Lamb, who began his new role in August. “Sam Lamonica has been a wonderful mentor and friend, and as he enters retirement, I couldn’t be more grateful for his endorsement, trust and support as I work to grow upon the impressive legacy he created here at Rosendin.”

During his ten years at Rosendin, Lamonica helped make the company a technology leader in the industry. His team overhauled the firm's corporate infrastructure hardware, launched 8 new regional offices, and implemented new CRM and Oracle ERP platforms. They also implemented a Field Mobile App program to provide employees access to digital plans, along with time management and productivity tools.

“I’ve had incredible fortune to work with a team that embraced new technological advances, but my most significant accomplishment was putting together a strong leadership team,” said the former CIO, Lamonica. “I picked Matt as my successor because he had background in both construction and IT, he was comfortable with senior leadership, and he understands the importance of creating technology for workers in the field.”

Lamb started with Rosendin in 2015 as a senior business system Analyst in 2015. Prior to that he worked at Webcor Builders where he served as a project manager in IT and project engineer. Lamb graduated from the University of Arizona with a bachelor’s degree in History. He’s been in construction his entire life, starting at his father’s company when he was 13 years old.