Heartland Technology's finished data center includes a number of products and systems from APC by Schneider Electric; fiber and patch panels from Corning; and multiple types of cabling and jacks from Leviton. 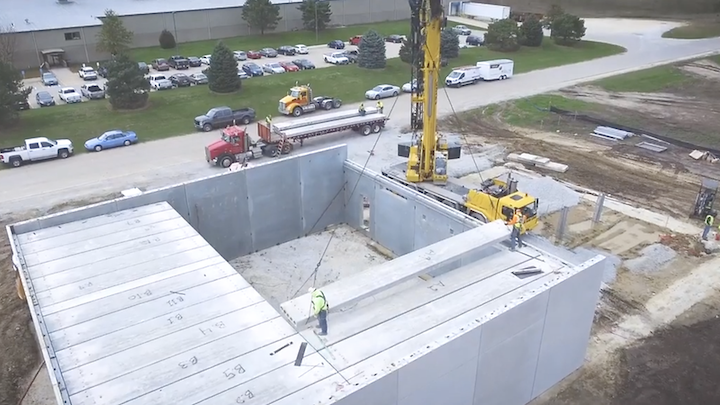 The construction of the Heartland Technology data center in Iowa was completed in June 2018. Currently, the 1,900-square-foot colocation facility can house 40 data racks, with room to expand.
graybar.com

Heartland Technology's legal name of Farmers Mutual Telephone Company reflects its roots as a provider of traditional telephone service to rural communities—an aspect of its business that has changed with the times. The challenge facing Heartland, as with so many companies of its kind, was the erosion in its existing service offerings.

Data centers are popping up all over the Midwestern U.S. region to support the ever-growing demand for bandwidth and data, and many of them are reaching capacity. Heartland recognized this fact as an opportunity to diversify its portfolio, and set its designs on building a new colocation data center.

Heartland chose Graybar and Schneider-Electric as its partners for this significant new business endeavor. A data center would allow the company to serve local, regional and nationwide businesses and develop an entirely new part of its business. In doing so, Heartland would also be eligible for tax exemptions from the State of Iowa. (The state notes that data center tax incentives have brought more than $3 billion in capital investment and more than 300 permanent jobs to the communities of West Des Moines, Council Bluffs, and Altoona.) 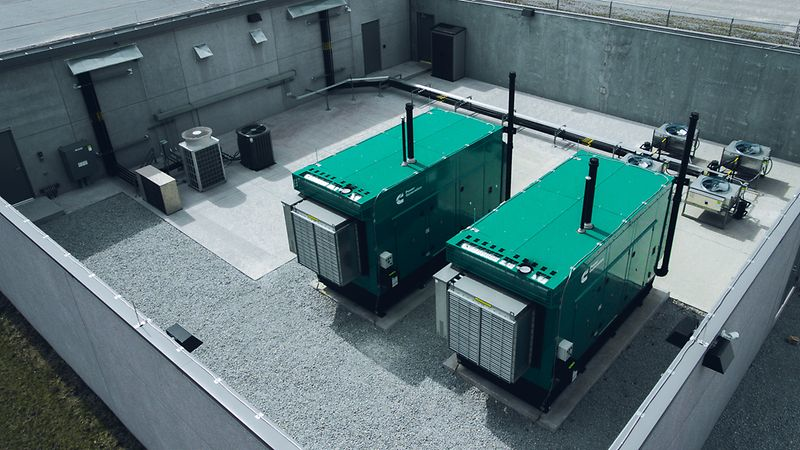 Iowa's Heartland Technology chose Graybar and Schneider-Electric as its primary partners for assembly of a new co-location data center.graybar.com

“With telephone and cable TV profits declining, we were looking to leverage our product with the highest profit margin, the Internet, in new ways,” said Tony Lang, CEO of Heartland.

Heartland turned to Graybar for help. In infrastructure upgrades, Graybar had worked with Heartland to migrate its network from a copper plant to an active fiber optics plant for more than 2,000 customers. Graybar had also helped the company with a number of lighting upgrades. So, when Heartland decided to move into the data center space, they were excited to see what Graybar could offer.

Graybar provided technical specialists as well as access to leading technology from top manufacturers. After a quick visit to APC by Schneider Electric in St. Louis, the project quickly morphed from a small container data center into a full-fledged colocation data center building.

“After researching and planning with Graybar and some of their top manufacturers, we determined to enter the data center industry,” added Heartland CEO Lang. “We found a physical infrastructure and a technology platform that would allow us to scale and grow as the business grew.”

Graybar says it managed the logistics of the entire project, from helping Heartland identify its equipment needs and working on the bill of materials to coordinating with local contractors and manufacturers. The data center includes a number of products and solutions from APC by Schneider Electric; fiber and patch panels from Corning; and multiple types of cabling and jacks from Leviton. It also employs back-up generators, lighting, and more from Graybar partners.

The construction of the data center was completed in June 2018. Currently, the 1,900-square-foot data center can house 40 data racks, with room to expand. Heartland has finished installing and turning up its data equipment and onboarded its first customers in 2019.

“By utilizing Graybar’s expertise we were able to enter a growing industry and strengthen our company’s long-term future,” concludes Heartland's Lang.